Sometimes you ask for something you don’t understand that when you get it things will not be simpler, but much more complex. There is an industry in writing books about who is the beast, who is the last kingdom, who is the Antichrist, and who are the witnesses.

For years I avoided these passages.Daniel? I did not understand, and Revelations scared me. But all scripture is give to us, for our good, in the time that we are in.

We do not need to worry about timing.

What I am seeing is a move to universal loyalty, to universal rules, to a lack of exceptions. Yes, this is being driven under the guise of public health emergencies, but is that all that is going on? People who are smarter than me note that this pause in the progressing economic collapse. Others say that this is driven by demons, who rejoice in destruction for its own sake: it is a feature not a bug. I have friends who consider that our leaders are not that clever,but poorly advised. 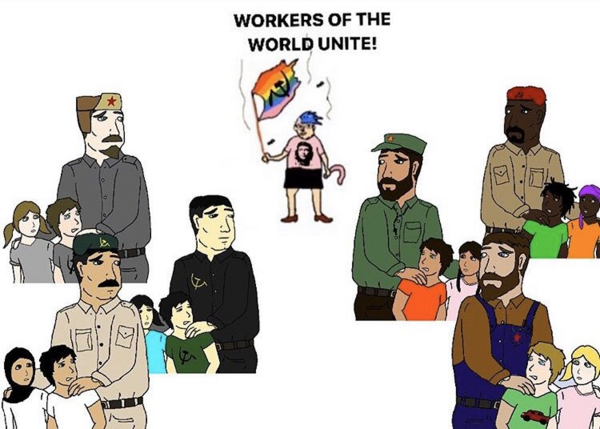 But we know the final kingdom is to be universal and violent and against the people of God. They will lionize those who fall for them, and damn those who stand against them.

When the witnesses sent with power to confront those tyrants die, the peoples of the world, fully converged with the evil of that time, will send presents.

19 “Then I desired to know the truth about the fourth beast, which was different from all the rest, exceedingly terrifying, with its teeth of iron and claws of bronze, and which devoured and broke in pieces and stamped what was left with its feet, 20 and about the ten horns that were on its head, and the other horn that came up and before which three of them fell, the horn that had eyes and a mouth that spoke great things, and that seemed greater than its companions. 21 As I looked, this horn made war with the saints and prevailed over them, 22 until the Ancient of Days came, and judgement was given for the saints of the Most High, and the time came when the saints possessed the kingdom.

23 “Thus he said: ‘As for the fourth beast,
there shall be a fourth kingdom on earth,
which shall be different from all the kingdoms,
and it shall devour the whole earth,
and trample it down, and break it to pieces.
24 As for the ten horns,
out of this kingdom ten kings shall arise,
and another shall arise after them;
he shall be different from the former ones,
and shall put down three kings.
25 He shall speak words against the Most High,
and shall wear out the saints of the Most High,
and shall think to change the times and the law;
and they shall be given into his hand
for a time, times, and half a time.
26 But the court shall sit in judgement,
and his dominion shall be taken away,
to be consumed and destroyed to the end.
27 And the kingdom and the dominion
and the greatness of the kingdoms under the whole heaven
shall be given to the people of the saints of the Most High;
their kingdom shall be an everlasting kingdom,
and all dominions shall serve and obey them.’

11 Then I was given a measuring rod like a staff, and I was told, “Rise and measure the temple of God and the altar and those who worship there, 2 but do not measure the court outside the temple; leave that out, for it is given over to the nations, and they will trample the holy city for forty-two months. 3 And I will grant authority to my two witnesses, and they will prophesy for 1,260 days, clothed in sackcloth.”

4 These are the two olive trees and the two lampstands that stand before the Lord of the earth. 5 And if anyone would harm them, fire pours from their mouth and consumes their foes. If anyone would harm them, this is how he is doomed to be killed. 6 They have the power to shut the sky, that no rain may fall during the days of their prophesying, and they have power over the waters to turn them into blood and to strike the earth with every kind of plague, as often as they desire. 7 And when they have finished their testimony, the beast that rises from the bottomless pit[a] will make war on them and conquer them and kill them, 8 and their dead bodies will lie in the street of the great city that symbolically[b] is called Sodom and Egypt, where their Lord was crucified. 9 For three and a half days some from the peoples and tribes and languages and nations will gaze at their dead bodies and refuse to let them be placed in a tomb, 10 and those who dwell on the earth will rejoice over them and make merry and exchange presents, because these two prophets had been a torment to those who dwell on the earth. 11 But after the three and a half days a breath of life from God entered them, and they stood up on their feet, and great fear fell on those who saw them. 12 Then they heard a loud voice from heaven saying to them, “Come up here!” And they went up to heaven in a cloud, and their enemies watched them. 13 And at that hour there was a great earthquake, and a tenth of the city fell. Seven thousand people were killed in the earthquake, and the rest were terrified and gave glory to the God of heaven.

14 The second woe has passed; behold, the third woe is soon to come.

Elijah was a man such as us, but the Spirit was with him, and at that word there was no rain for years. There were no crops, and even the king was seeking grass for his herds. The witnesses to come are as great or greater that Elijah.

And they are going to be hated. Because they will hold a wicked generation to account. When they rise again — and like Elijah get taken into the heavens, then the world will be perplexed.They were assured that the problem of having witnesses of the sins you had done… was no longer a problem.

It is also worth considering that plague is a punishment, man made or not, and the vices of gluttony and sloth (deeply encouraged by lockdowns) make you more vulnerable to plagues.

The times are fallen. Saying the truth will get you into trouble. Preaching the gospel more so.

But we are commanded to preach out of season. It is not us who is responsible for the response of the people. We instead need to say that there is nothing tha can save you but Christ. and his word will not fail.

Nor will his kingdom. This world will, but we have never been commanded to love this world or be like it.