There are times that are demonic, and this is oneof those times.I have gone to home group and we discussed how there are people in their 30s and 40s destroyed by the economic consequences of the lockdown, there are people told after severe allergic reactions that they must have a second injection “and we will make it safe”, and there will be treat lockout of health and education workers soon unless they get vaxxed. The destruction of society is the goal. This has nothing to with health. 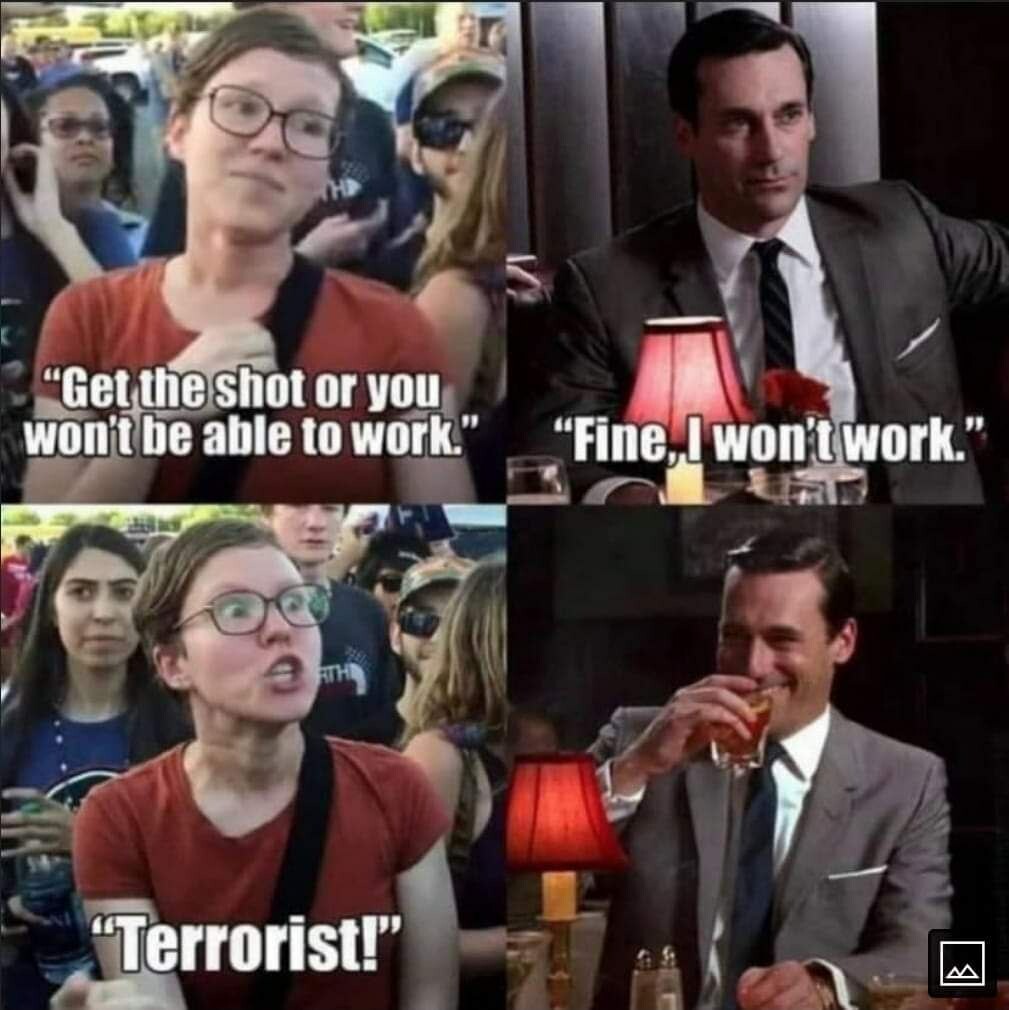 We are all finding it difficult to get to grips with this new post-global totalitarian world administered (ultimately) by demonic powers (and their mindless human hosts, servants and slaves); because it operates on the basis of an inverted value system which is not a natural way for us humans to think.

The difference is that (unlike Men) demonic powers are motivated by the desire to destroy whatever is Good, whatever is God’s creation.
…
The phrase “go woke, go broke” will be true in the long-term. Wokeness (aka. political correctness, convergence) is anti-functional, destructive of its nature. So, even though explicit corporate wokeness is expedient for those managers who implement it – expedient by a short timescale of weeks or months (which is why convergence happens, everywhere); nonetheless accelerating wokeness always and necessarily leads to destruction of institutions.

So, all institutions are going woke, getting dysfunctional, going broke… And any human being who values that ‘broken’ function (whether the function be science or sports, profit or pleasure, education or entertainment) will regard this collapse of functionality as a disadvantage. However, such outcomes are ‘good’ from the destructive perspective of the demonic mind.

If you consider the spiritual and that the demonic know they are doomed to death eternal, it makes sense. Out of spite they want us to join them. Sooner rather than later. Vox Day, who found this before me, commented.

I was talking with an older man who said te took the vaccine on faith. I think he was decieved. the entire project is designed to get mRNA into us, and any shortening of lives is a benefit to the designers of the programme. not an error.

But I see death and suffering and disability as an error. a disaser, a crime if done deliberately. And those who mandate such are now doing it deliberately, for the adverse effects within the population are too frequent and too obvious.

Let us accept that this dysfunction comes from the pit. If not this, many other things in this world do. The place is unjust, and evil is having a victory parade.

The question is not what do the demons do. It is what do we do. For we have been lifted from slavery to our sins and that which is evil.

6 Hear what the Lord says:
Arise, plead your case before the mountains,
and let the hills hear your voice.
2 Hear, you mountains, the indictment of the Lord,
and you enduring foundations of the earth,
for the Lord has an indictment against his people,
and he will contend with Israel.
3 “O my people, what have I done to you?
How have I wearied you? Answer me!
4 For I brought you up from the land of Egypt
and redeemed you from the house of slavery,
and I sent before you Moses,
Aaron, and Miriam.
5 O my people, remember what Balak king of Moab devised,
and what Balaam the son of Beor answered him,
and what happened from Shittim to Gilgal,
that you may know the saving acts of the Lord.”
What Does the Lord Require?

6 “With what shall I come before the Lord,
and bow myself before God on high?
Shall I come before him with burnt offerings,
with calves a year old?
7 Will the Lord be pleased with thousands of rams,
with ten thousands of rivers of oil?
Shall I give my firstborn for my transgression,
the fruit of my body for the sin of my soul?”
8 He has told you, O man, what is good;
and what does the Lord require of you
but to do justice, and to love kindness,
and to walk humbly with your God?

31 When he had gone out, Jesus said, “Now is the Son of Man glorified, and God is glorified in him. 32 If God is glorified in him, God will also glorify him in himself, and glorify him at once. 33 Little children, yet a little while I am with you. You will seek me, and just as I said to the Jews, so now I also say to you, ‘Where I am going you cannot come.’ 34 A new commandment I give to you, that you love one another: just as I have loved you, you also are to love one another. 35 By this all people will know that you are my disciples, if you have love for one another.”

I guess the best way to discuss this is to start with a counter example. The elite is completely converged, completely controlling, and hateful Jack describes it thusly.

Gnostic media and literature is emotionally cold and removed, pretentiously smug, and most certainly elitist, and it prides itself in having this image. But it should be noted that the aristocratic cultured class image presented by proponents is a whitewashed archetypal image designed to veil the true and appeal to the masses, most of whom can never attain anything close to it.

We are not to have large displays of public religion.

We are instead to do good, and walk humbly with God.

We are to love our brothers in Christ as our Lord did — if needed, to laying down our lives.

Nothing like this exists in the popular culture. It is about success, appearance, and display. In Christ, we are not to live for ourselves bbut for him. And that means doing what he did — we may not do miracles aas casually as God himself incarnate did — but we can care for our neighbours and pray for each other.

Leave the display of virtue to those who know they are damned. We have better things to do.