As the holiday season brings the familiar sight of Salvation Army red buckets by storefronts, the charity is demanding that white people donate more than coins this year: they want a “sincere” apology to black people.

The Christian charity has implemented critical race theory-based teachings for its donors, and its Alexandria-based leadership created an “International Social Justice Commission,” which has developed and released a “resource” to “educate” its white donors, volunteers and employees. 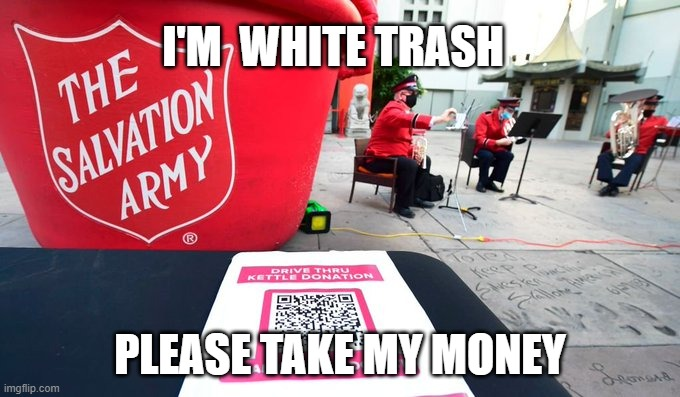 Which is it, Churchians?

Furthermore, we are told that we shall judge things “by their fruit”. And what have the consequences of multiple generations of a fixation on racism and the attempts to eliminate it been, for both the world and for the Church?

Brother Will gives us the appropriate application.

No coins in their Christmas kettles from me, any more!

Nor donations to their second-hand goods charity stores… 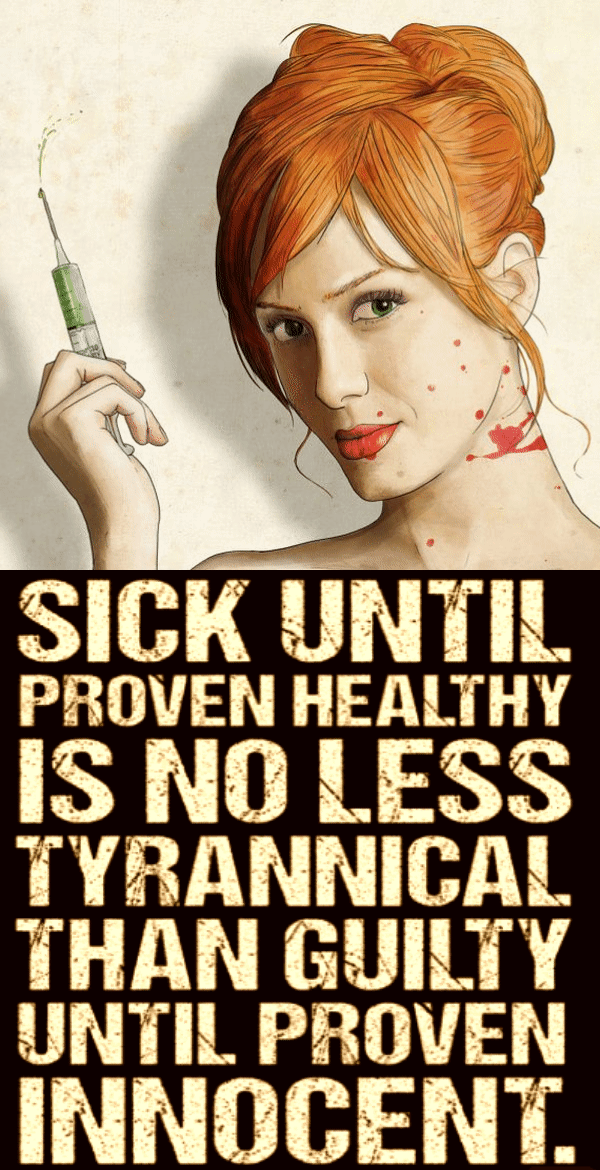 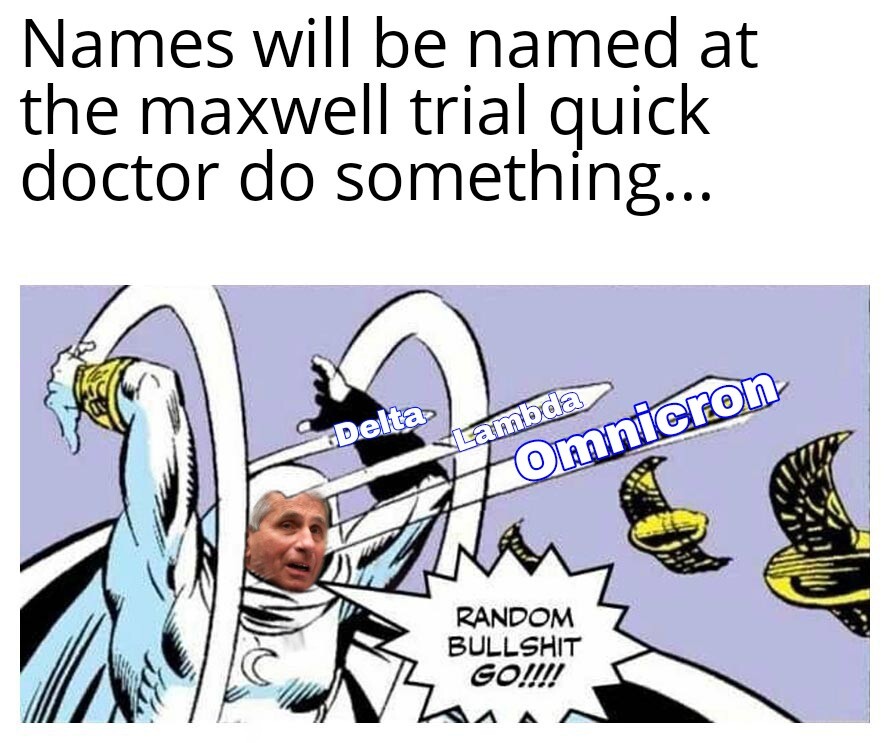 I know that Thanksgiving was a couple of days ago for the people in the US and that Canada celebrates it on a different day. It is not a holiday that has made it down here. Instead the town is crowded as Black Friday is now Black Saturday, four days before we move to the traffic lights system no one understands. But we can learn from the Puritans. Firstly, not to be communists. Secondly, to be grateful. 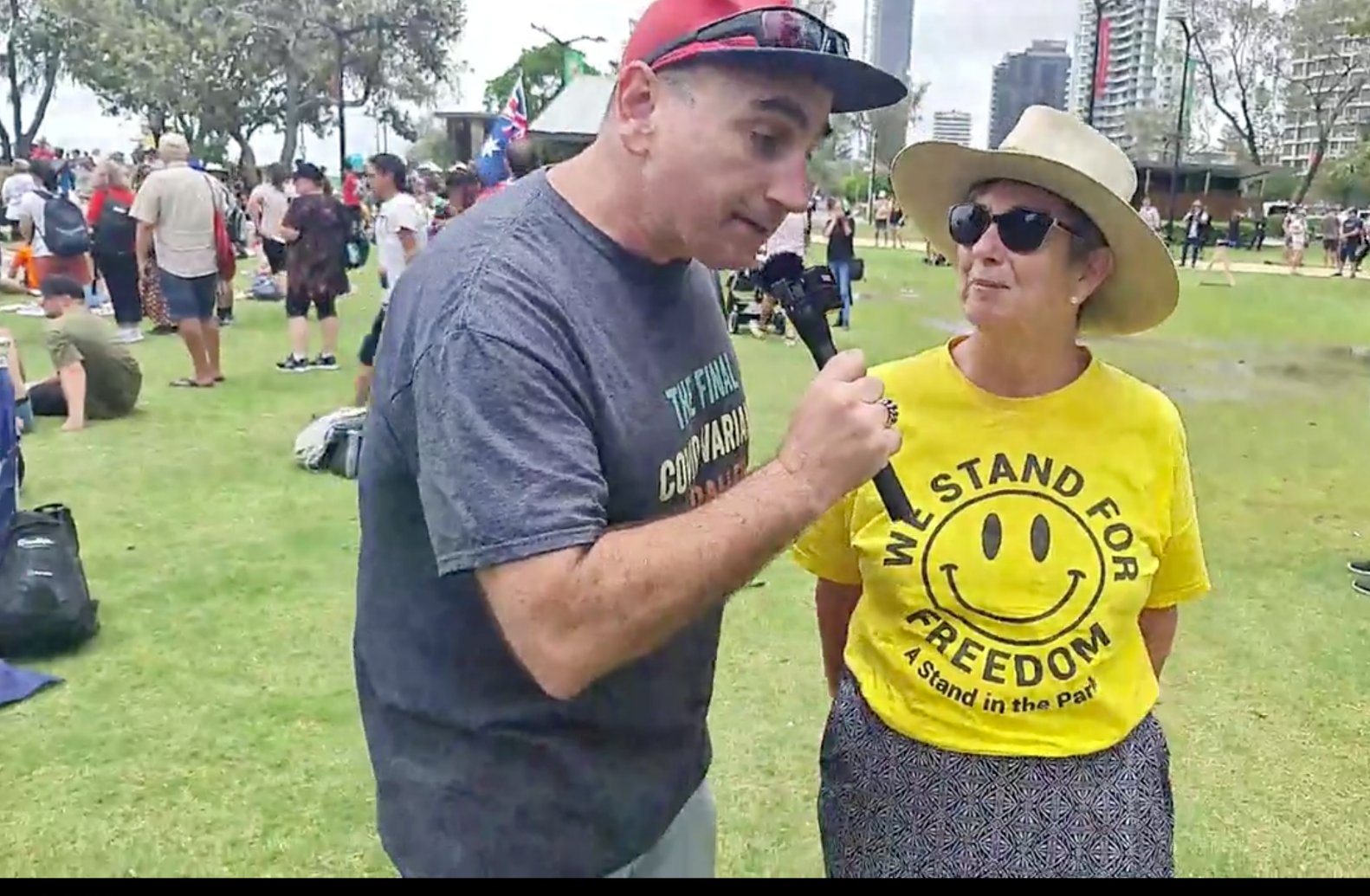 The reality is that Thanksgiving is a celebration of the gifts of a loving, merciful, yet entirely just God.

The Pilgrims who fled PommieBastardLande and the Netherlands to escape religious persecution for their beliefs, were actually HARDCORE NUTCASES by the standards of their fellow believers, and they set about proving that when they arrived. This was a pack of people that believed in real socialism – in communal welfare and work, in the sharing of all things, and the abolition of private property, just like Jesus said, or so they thought.

Evidently, they were reading a very different version of what His Hugeness said, back in the day. I’ve read through all four Gospels repeatedly, and NOWHERE does the Big Cheese say anything about requiring everyone to give up everything to look after all of his brothers and sisters.

The King of Kings actually said that it is good to give up one’s possessions, of one’s own free will, to minister to others, and that one’s wealth has no bearing whatsoever on one’s salvation. He also said, quite clearly, that anyone who is not willing to give up everything to follow Him, is not worthy of Him.

The Pilgrims who came over on the first few boats ignored the voluntary aspect of Jesus’s teachings, and evidently ignored a lot of the other wisdom in the Gospels about paying fair dues and upholding contracts and covenants and respecting private property. They implemented straight-up socialism when they arrived in America.

How’d that work out for them?

Yep. Within a very short time, they were starving.

Because Communism, of any kind, is an abomination in the eyes of the Lord. It goes directly against human nature, and against the God who gave us that nature. In reality, private property rights are the very foundation of a prosperous and humane society, and those rights ultimately have to be secured, and given to us, by God.

The true story of Thanksgiving, and the lesson behind the feast-beer-and-football-day that most Americans these days tend to forget, is that it is about gratitude.

Without gratitude, we are wretched creatures, unable to give or receive grace. If we are not grateful for what we have and are, then we have no basis for appreciating our lives. We all run into problems and strife in our lives, and we all fall down and fail and get hurt. Hell, my entire life for the past four years, near-as-dammit, has been one long string of constant, persistent, and painful failures. As I’ve said many times before, it would appear that my Purpose in life is to serve as a warning for everyone else about what NOT to do with one’s time on Earth.

And yet… gratitude helps us keep going. Gratitude for all that we have and are. Gratitude for the good fortunes that give us endless chances to pick ourselves back up and keep fighting. And gratitude to the God who gave us breath, for the ability to do what we can to glorify Him.

And to finish, some Doggos. 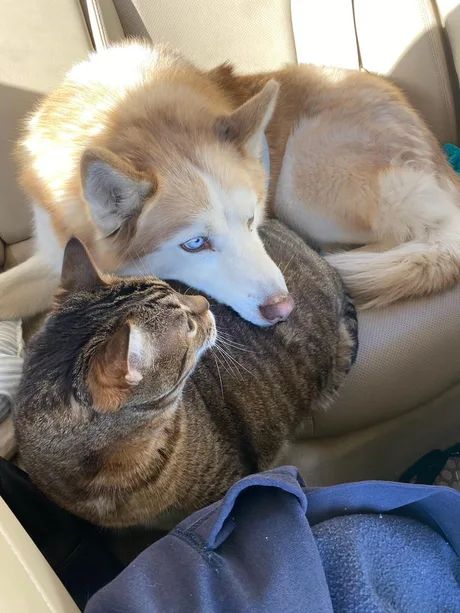 I think one of the doggos identifies as a cat. It’s spreading to the animals.

Thanks for the link, weka!

BTW, I seem to be back, somewhat, in spite of myself; so, next time you’re considering updating your blogroll… 😉