Have we an undeclared war?

It is quite clear, now that the dust has settled, that the man who drove through the Christmas Parade at Waukesha, Wisconsin had been bailed the week before, was convicted of pedophilia, and hated the Caucasians.

In a video posted to social media, Brooks denied being a pedophile, saying that the incident involved the mother of one of his children. Brooks said he was “pimping on the bitch” in Nevada, but he “didn’t know the bitch was 16.” Can you imagine the cultural standards of a “community” in which this is considered an acceptable explanation? But what about a community that turns such criminal loose? 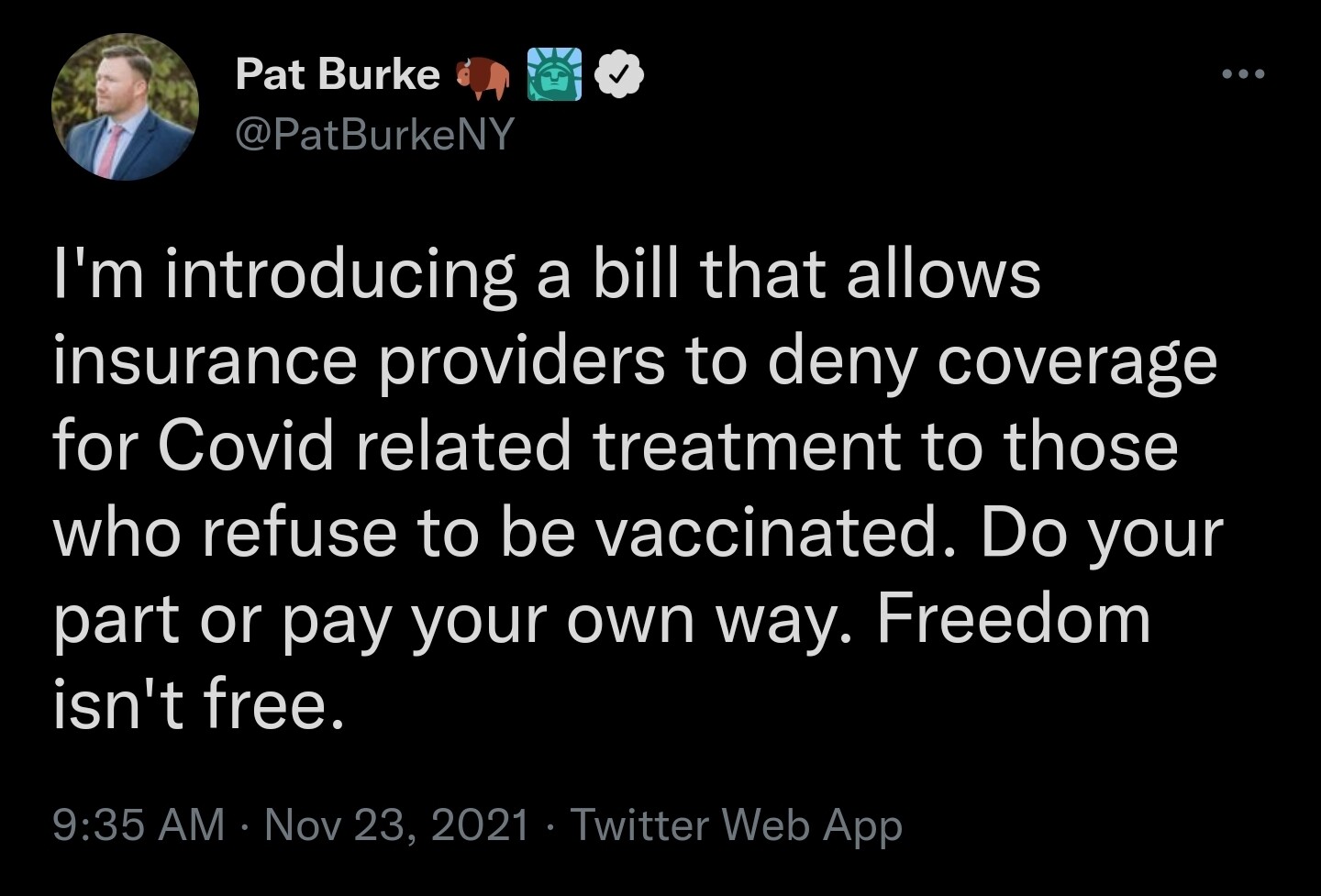 This man will be lionized as a martyr. By the left. I’ve got no patience left for the left. I have refused, to date, the mRNA jabs. I’m awaiting a discussion about closing my career down — if I can, taking early retirement. Kea tells me not to lose my temper, and over the last week I have walked out of multiple conversations, because there is no rhetoric or moral points in screams and threats. I leave them to Jacinda Ardern and her minions. 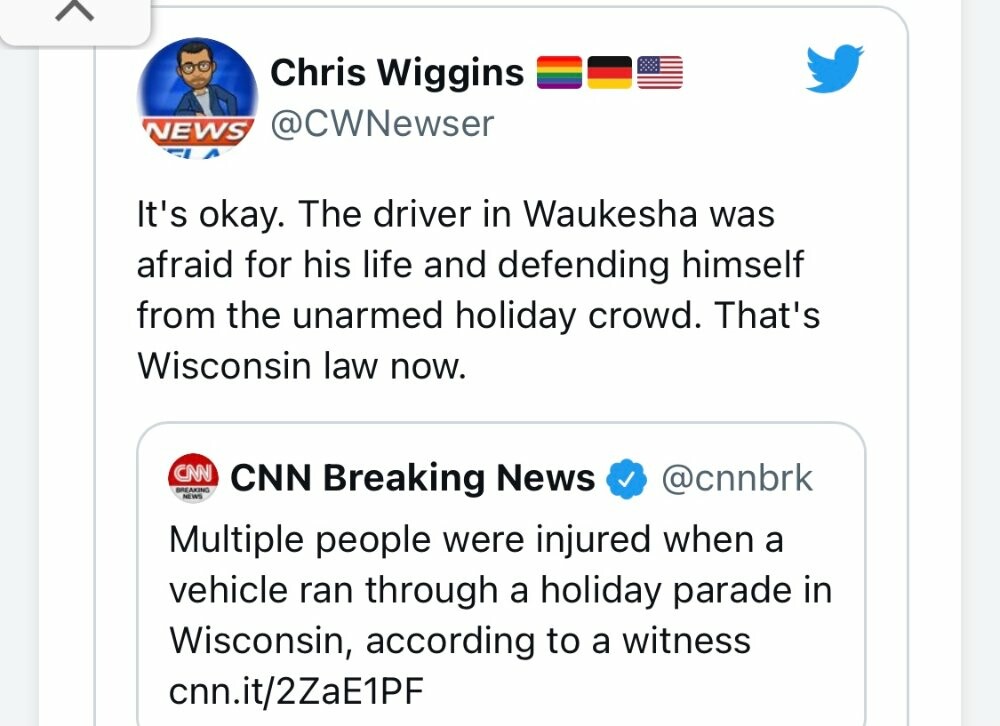 Just as the left was denying that the Waukesha attack was racially motivated, a BLM devotee says otherwise.

“I said I wasn’t going to speak on no rumors. Y’all are repeating some of the stuff that, you know, that has come up. And I can tell you that the initial person who reached out to me said that they believe that this has to do with the verdict, and so I made an assumption of which side it would be from, but I don’t know,” Mayes continued.

Waukesha authorities have yet to release a motive. Left-leaning media clowns are trying to say Brooks was “leaving another crime scene.” As if that makes it all right to run 45 people over. 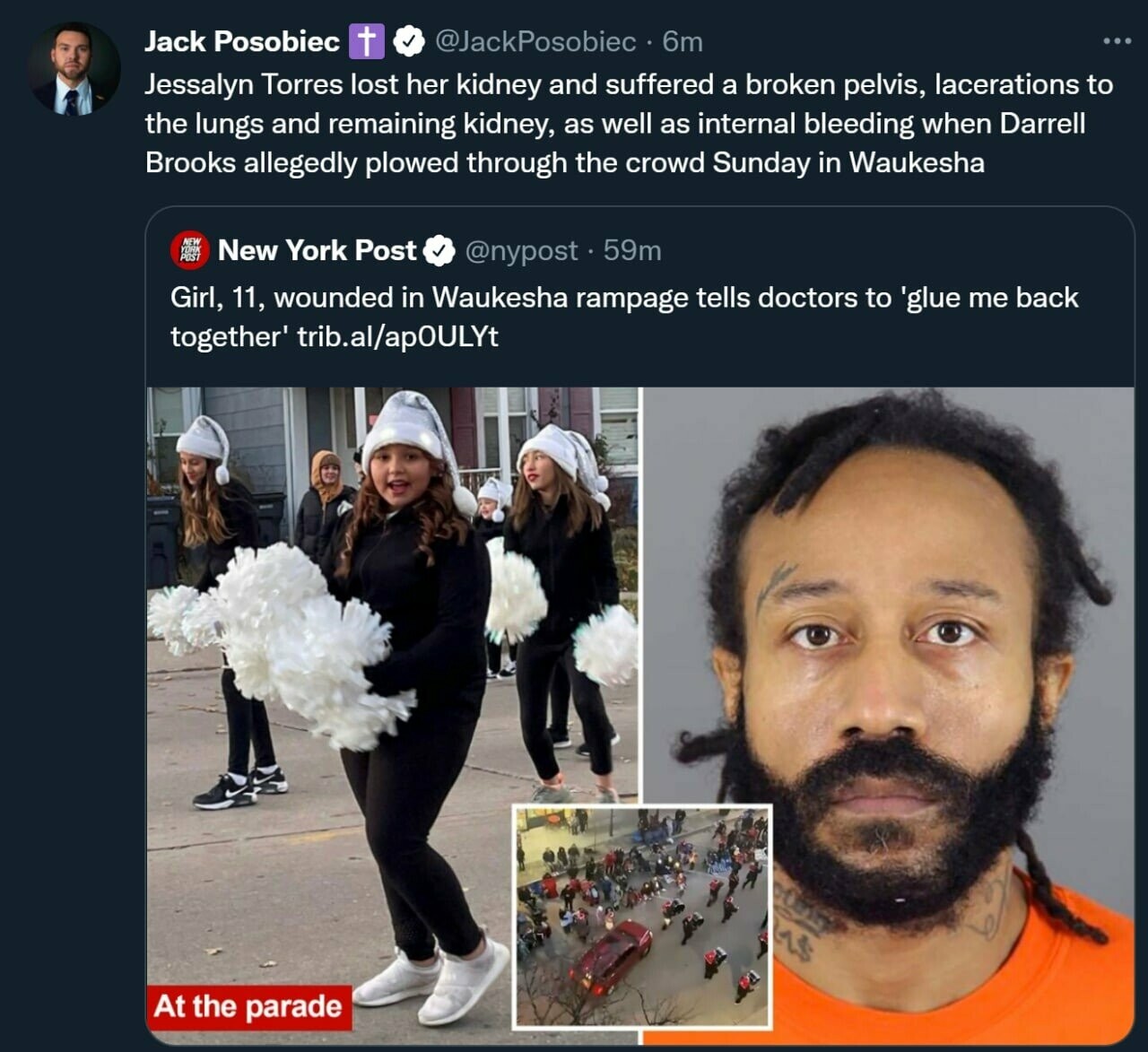 For this next part I’m not talking about the politicians or the punditry. Those guys pick a narrative, no matter how false it may be, and they fucking PUSH. They run with that narrative until it absolutely collapses, then they make up a new narrative and run with it instead.

No. I’m talking about YOU. Regular people. Voters. The guy next door. The masses on the internet. Just average joes. Democrats. Libs. Whatever you call yourself. Anybody who identifies as being on the left.

When your leaders pick a narrative, you drink that Kool-Aid. Even if it’s shit flavored Kool-Aid, most of you smile and tell us it’s the best fucking Kool-Aid you’ve ever tasted. It’s milk from the teat of a magic cherry flavored Unicorn. Nope. It’s shit. You all know it’s shit. But you go along with the narrative anyway.

When the insane progs among you lie their asses off, I’m talking blatant, easily disproven, painfully ham-fisted, fucking LIES… Do you call them out? Do you say, “hang on guys, that’s a little nuts”. Because if you do, the rest of us sure as fuck don’t ever see it. Pick a topic, any topic. It’s always the same.

When people nominally on your side are saying crazy, vile, violent, wacky shit on the internet… do you jump in? When I go out on Twitter yesterday and I find hundreds of posts from fucking scumbags dancing in blood, how come I didn’t see comments from Caring Liberals condemning them? (hell when some prog wrote that an evil motherfucker running over 50 people was karma and that Wisconsin DESERVED it, and I condemned them for it, Facebook banned me for “bullying and hate speech”. Fucking good. That was my 9th 30 day. One more I think I get a free yogurt.)

Anytime there is a breaking news story, there will be legions of howling leftists, and blue check mark idiots, lying their asses off and saying the most horrific things imaginable. And since they literally own social media, they get an official pass while the uppity on the right get officially squashed. We’ve all seen it. From trending hash tags that mysterious vanish, shadow bans, to ultra-biased fact checkers, to Youtube demonetizing wrong thinkers or even getting rid of the thumbs down button.

Yet as your fellow travelers are saying all this horrid shit, where are you? You’re supposedly sane. You claim to have a voice of moderation, but it must be a whisper because we certainly can’t hear it.

Social media is a constant barrage of Common Internet Shit Gibbons popping in and screaming at everybody who diverges from the accepted leftist narrative. They work off a standardized playbook and repetitive talking points, sneering derision, and passive aggressive insults designed to get around algorithms, and it is all designed to shame people into silence.

Yet many people on the right are slowly waking up to this game, and they’re beginning to fight back, skipping the false civility, and getting right to the meat of things, and returning insult for insult… Oh THEN I can count on the Caring Liberals to show up! Inevitably, every fucking time. Whenever someone on the right fights back, that’s when the real-life liberals you know magically appear to cry about “civility” and “tone” and such rudeness!

Gee whiz, Aunt Margaret/coworker #7/guy from the gym. Where the fuck were you when the leftist assholes were screeching at me and wiping their diseased anus on my carpet? Nowhere. Oh yeah, that’s right. It’s because you voices of reason don’t actually care about civility, you just care about shaming your wrong thinking friends and family into compliance. You emotionally manipulative motherfuckers.

Why do I have such scorn and derision for the so-called reasonable voices on the left? A. I don’t believe most of you. B. If you do exist, you’re cowards, who do nothing, say nothing, and then maybe show up after the dust settles to chide the rest of us about our tone. The current elite do not care about the law. The Biden mandates have been struck down by the courts. In NZ, the new COVID framework, a constitutional outrage, is being rushed through under urgency.

Me? I’m getting what I need right now. There are issues with the mesh network in Casa Kea: it is being replaced. I’m sorting out side gigs. Kea’s studio is set up.

And for those who have their vaxx passports and are being good little citizens of Aotearoa, I pray for you. For I see no future there. 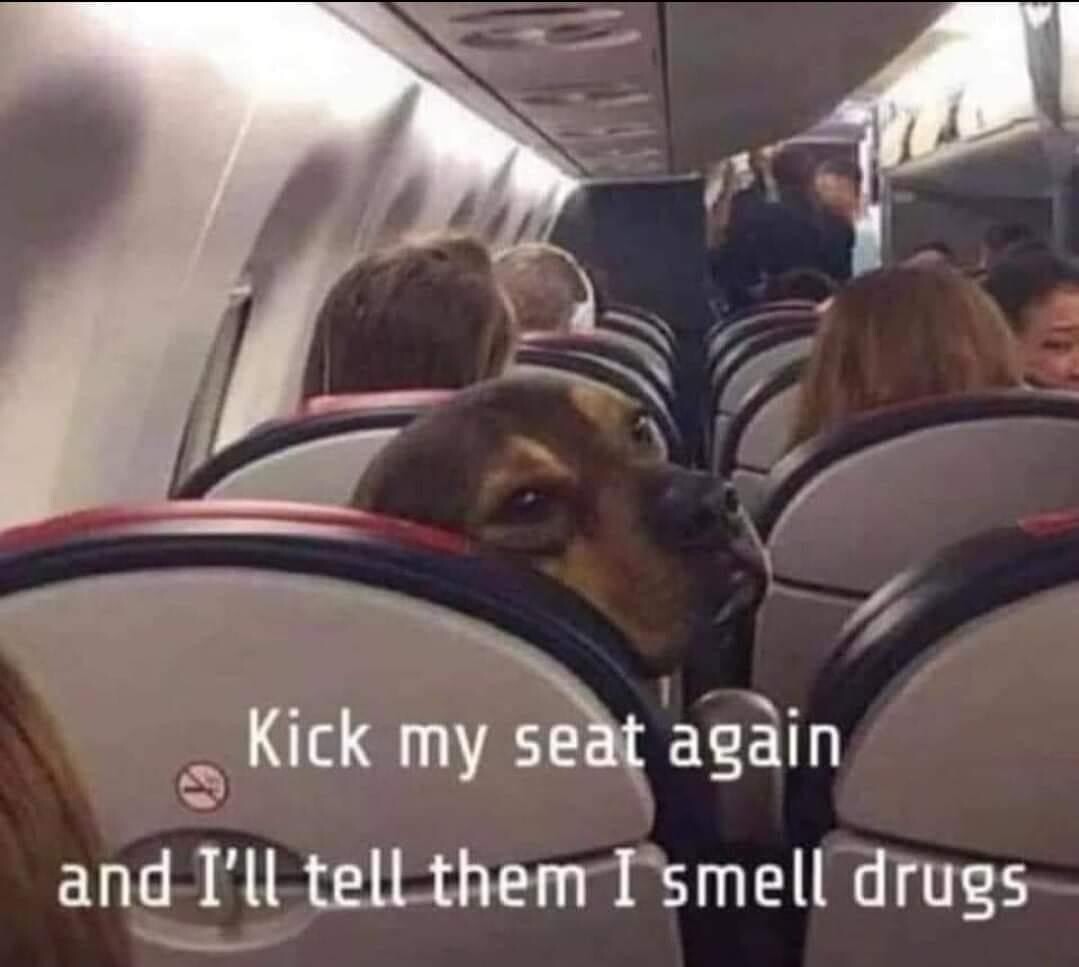 If there is a civil war, it is undeclared. It is the government against the people. 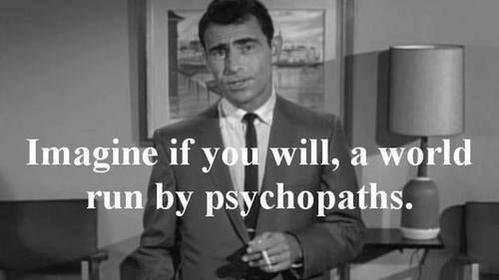 The Melbourne protests are censored. The Auckland protests are being shut down. There is pushback, but the press are funded completely by the government, and spout Pravda.

I’m surprised we haven’t heard more about acts of civil disobedience, but the media is probably either too stupid to notice or doesn’t want to admit they are happening.
Small things can make a difference… Like propping a nail against the tire of a police car, plugging a public toilet or sewer “accidentally” are the beginning…