Rebar comments from Jim. And Rants

There are times when the rants are precious and epic. This is Jim Kunstler. He is not of the right. He is more akin to an old-school green, still based in reality. His last book has a long (very long) discussion of why he was wrong about peak oil. He’s prepared to look at the evidence. Our elite do not. Hence the feedback hurts. 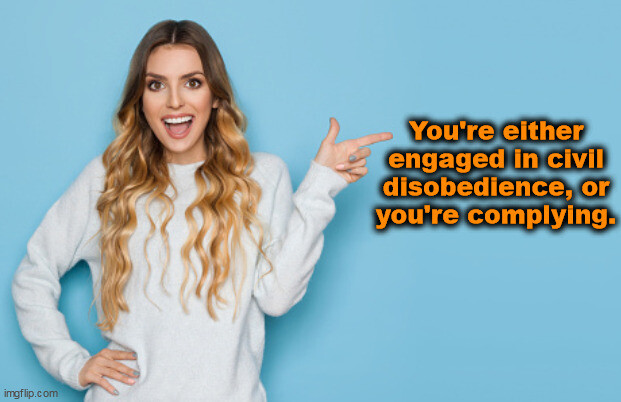 It begins to look like the 2021 elections put a decisive end to the Woke-Jacobin-Progressive reign-of-terror, and its demonic efforts to cancel the authority of truth in human affairs — truth being derived from reality. For years, in an ever-escalating campaign of coercion, persecution, and punishment, the WJPs made their own reality-optional “truth” and foolishly expected the nation to roll over for it. On Tuesday, voters all over the land, in effect, whapped the Party of Chaos upside its head with thirty inches of No. 6 rebar and said “no more.” Days later, the Wokesters are still seeing stars and planets blink in their temporal lobes.

The Virginia governor’s contest illustrated plainly and clearly what was at issue, all crystalized in the Loudoun County School Board’s idiotic behavior this past year. First was the sex module of the mess: A fifteen-year-old boy pretending to be a girl in a dress raped an actual teenage girl in a “Girls’” bathroom. The Loudoun County School Board covered it up so as not to interfere with its innovative gender confusion pedagogy. The boy rapist was transferred to another school where he committed the same crime all over again. Very bad optics. And WJP candidate Terry McAuliffe told parents to stay out of it, stupidly driving a stake through his own heart in the process.

Second was the Woke race module, namely Critical Race Theory, the principle that American society is hopelessly and systemically racist and that white people need to be punished for it. The School Board and its political allies denied that this doctrine of Marxist identity politics was being worked into the curriculum. They were lying, of course, and stupidly, because it was very easy to prove.

Now, I’m going to tell you succinctly what is behind Critical Race Theory, and it’s going to hurt: After sixty-odd years of civil rights policy and legislation, a sizable cohort of African-Americans are not making it in this society and white WJPs (aka “liberals”) are stricken with guilt and shame at the failure of their efforts to uplift this group and heal the world. So, they’ve teamed up with the nation’s race hustlers to construct a scaffold of excuses for why this is so. The actual reasons for why this is so are taboo, namely, liberal deconstruction of American family life, unwillingness to prescribe behavioral norms, and self-sabotaging cultural choices such as the failure to promote the teaching of language skills as a primary task of public education — because ghetto English is more stigmatizing and economically disabling than skin color or any other feature of self-presentation, unless you are a professional comedian. That’s the cold, hard reality and that is what needs to change — but it won’t change as long as race-hustling (making money off the excuses) is considered “okay.”

Too many Americans see through the WJP sex-and-race nonsense and are now voting to evict it from the public square and run it out of the halls of power, at least at the state and local level. For now, though, it remains entrenched at the national level, in Washington, where it receives huge support from the very well-paid permanent bureaucracy that administers bad social policy. The 2021 election results suggest that the Woke Democrats will be run out of Congress and the White House in 2022 — if the USA can make it there without cracking up, which remains painfully uncertain under the toils of Covid-19.

THis is going to have consequences. Kea asks me what will happen when the truth comes out. The answer is pitchforks, tar, feathers, and the removal of the Jacobins — if we are lucky. Didact’s weekly rant is fine this week. 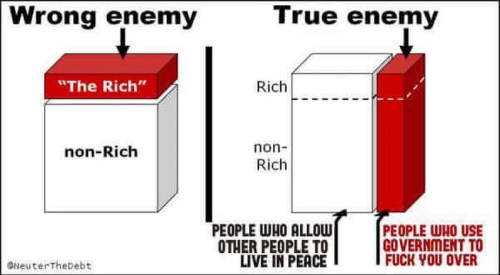 We Trump supporters often wonder why the God-Emperor did not attempt to impale and crucify his enemies among the presstitutes. The answer is that the man was and remains far too civilised for the dirty games that now need to be played in American politics. This is no longer a contact sport – this is now gladiatorial combat, and the Daemoncrats are winning because they are willing to resort to tactics that their opponents eschew. Apparently those tactics are “dishonourable”, or something.

Quite how one can claim that one’s opponent is “dishonourable” when one’s own guts are spilling out onto the sand because the other guy struck first and struck hardest, is rather beyond me. But then, I’m not a conservative or a Republican, so I don’t understand this nonsense of “fair play” in politics.

The God-Emperor’s failures as a leader are clear. He failed, massively, on multiple fronts. Which is what makes his actual successes all the more amazing – he had such a monumental, and impossible, task in front of him, it is a wonder that he managed to get anything done.

The fact that he managed to keep America out of any new foreign wars, secured his country’s borders, created a booming economy, and essentially governed like a traditional conservative – rather than the crazy ultranationalist that his enemies paint him to be – is something of a miracle.

And the fact that the Establishment got away for years with a blatant lie, and a political scandal orders of magnitude greater than Watergate, and continues to get away with it, is yet another sign that America’s final disintegration is unavoidable, imminent, and likely to be barbaric beyond the wildest horrors imaginable by the human mind.

You simply don’t get away with lies that big for that long without dreadful and terrible consequences farther down the line. Empires have fallen over less than this. The phrase “wrath of God” may well need to be dusted off and revisited after we see what comes next.

Prepare, if you can, for that day. Make sure that you disassociate yourself from your more deluded blue-state neighbours and friends. They aren’t ready for the consequences of their own belief systems and delusions – so don’t get sucked down with them when the collapse comes.

There is not going to be quarter if it gets to a fight. I pray it will not do so. For my government is not leaving people lines of retreat. They are Jacobins. And they will, eventually, fail.

May it happen sooner rather than later.