I have a simple solution to the Jewish Question. The Jews are given to us as a warning. In this dispensation they are the enemies of God: the tikkun olam and their idea that they should immanentize the eschaton goes against the clear teaching of Christ. Their leaders rejected Christ. Their leaders threw those Jews who were of Christ out of the synagogues.

And they have been scattered until the generation before me. Now Israel is more secular than religious: the religious honour their traditions but not the Lord who gave them Moses, the prophets and Christ.

The reason they are a warning is for our benefit. If God would not spare Israel travail, so that they would return to him, he will do the same for us.

We can no longer, as a nation, damn the Jews. We used to be faithful: for the first two or three generations of our nation we were a city set upon a hill and we sent missionaries to the nations. But the progressives got in, and tikkun olam rotted the tolerance of the people and made it woke, toxic.

We are now apostate: we are now fallen.

The faithful are akin to the time of Elijah. A minority have not bowed their knee to the new pagan Gods, or kissed their idols.

1 For this reason I, Paul, the prisoner of Christ Jesus for the sake of you Gentiles— 2 if indeed you have heard of the stewardship of God’s grace which was given to me for you; 3 that by revelation there was made known to me the mystery, as I wrote before in brief. 4 By referring to this, when you read you can understand my insight into the mystery of Christ, 5 which in other generations was not made known to the sons of men, as it has now been revealed to His holy apostles and prophets in the Spirit; 6 to be specific, that the Gentiles are fellow heirs and fellow members of the body, and fellow partakers of the promise in Christ Jesus through the gospel, 7 of which I was made a minister, according to the gift of God’s grace which was given to me according to the working of His power. 8 To me, the very least of all saints, this grace was given, to preach to the Gentiles the unfathomable riches of Christ, 9 and to bring to light what is the administration of the mystery which for ages has been hidden in God who created all things; 10 so that the manifold wisdom of God might now be made known through the church to the rulers and the authorities in the heavenly places. 11 This was in accordance with the eternal purpose which He carried out in Christ Jesus our Lord, 12 in whom we have boldness and confident access through faith in Him. 13 Therefore I ask you not to lose heart at my tribulations on your behalf, for they are your glory.

14 For this reason I bow my knees before the Father, 15 from whom every family in heaven and on earth derives its name, 16 that He would grant you, according to the riches of His glory, to be strengthened with power through His Spirit in the inner man, 17 so that Christ may dwell in your hearts through faith; and that you, being rooted and grounded in love, 18 may be able to comprehend with all the saints what is the breadth and length and height and depth, 19 and to know the love of Christ which surpasses knowledge, that you may be filled up to all the fullness of God.

20 Now to Him who is able to do far more abundantly beyond all that we ask or think, according to the power that works within us, 21 to Him be the glory in the church and in Christ Jesus to all generations forever and ever. Amen.

11 Since all these things are to be destroyed in this way, what sort of people ought you to be in holy conduct and godliness, 12 looking for and hastening the coming of the day of God, because of which the heavens will be destroyed by burning, and the elements will melt with intense heat! 13 But according to His promise we are looking for new heavens and a new earth, in which righteousness dwells.

14 Therefore, beloved, since you look for these things, be diligent to be found by Him in peace, spotless and blameless, 15 and regard the patience of our Lord as salvation; just as also our beloved brother Paul, according to the wisdom given him, wrote to you, 16 as also in all his letters, speaking in them of these things, in which are some things hard to understand, which the untaught and unstable distort, as they do also the rest of the Scriptures, to their own destruction. 17 You therefore, beloved, knowing this beforehand, be on your guard so that you are not carried away by the error of unprincipled men and fall from your own steadfastness, 18 but grow in the grace and knowledge of our Lord and Savior Jesus Christ. To Him be the glory, both now and to the day of eternity. Amen.

There are many things in this world that can distract us. We can be distracted by the work we do: the conflicts with co workers. We can dissolve our pain into substances and vices. We can look only at the Pravda of the progressive press, and sign up to their policies. This is not going to cost you much in the short term.

But is this holiness? Is it compromise with the world? I don’t want to judge others, because I’m quite aware that I have habits that need expunging as much as the food over Christmas literally made me sick.

We need to ignore those who twist words, and consider that their social media virtue signals are doing good. Good needs to be done quietly. 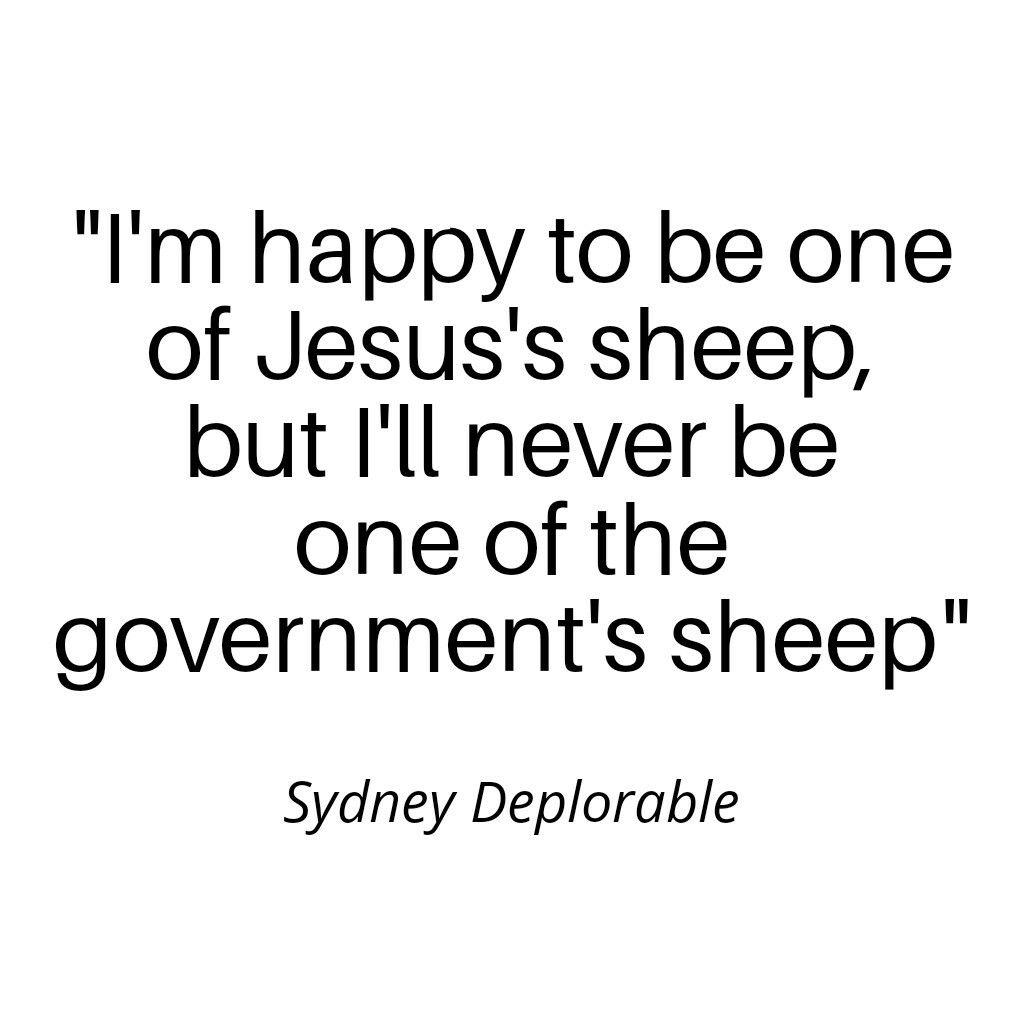 The last 60 years in general and the last two years in particular have proved beyond doubt that it is easy to manipulate people for whom feelings have become more important than truth. People want to be thought good so if they are told something is the nice thing to do or the kind thing to do or it will benefit the community they will jump on board often without actually asking themselves if it is the right thing to do. Sometimes they might even ask this but still conclude the nice thing trumps the right thing, and this is the result of a relentless indoctrination on the one hand and a lack of spiritual substance on the other.

I would suggest that two modern mantras “All you need is love” and “Be kind” were actually inspired by the dark forces. Typically, these forces don’t lie outright but take a truth and bend it into deformity, and that is what has happened with these two, on the face of it, appealing messages. Take them to their extreme. All you need is love when faced with someone about to murder your child? Be kind in the same situation? Obviously, anyone can see (I would hope, you never know) that is nonsense. But if it is obviously wrong in these scenarios it might be wrong in others, just not so obviously. In fact, it usually is obvious when one understands any situation in its entirety, specifically that every situation has a spiritual context as well as a material one.

The facts of our existence remain. We have all sinned. None of us is good enough to enter the divine presence but our asceticism. Christ was born, lived, and died so that he would not merely carry our sins and redeem us, but that he would raise, and bring his glory to his church.

And he never said his kingdom was of this world. Those who say that the current apostate west are those who killed Christendom, and now wear it as a skinsuit. Those who believe the System is neutral or good are on the wrong side.

Those who advocate for the middle ground because it allows them to maintain their status and comfort within the System are on the wrong side.

Those who believe in the middle ground as a means to salvation are on the wrong side.

Those who envision Heaven as some sort of middle ground are on the wrong side.

Those who believe that the middle ground has anything to do with Christian love, tolerance, charity, virtue, morality or truth, beauty, and goodness are on the wrong side.

Those who believe Jesus wants us to dedicate our efforts to maintaining the middle ground in this time and place are on the wrong side.

Those who actually believe the middle ground to be a viable Christian choice in this time and place are most definitely on the wrong side.

2020 made the sides extremely clear and distinguishable. 2021 demanded a choice between sides. 2022 will lay bare the consequences of that choice. 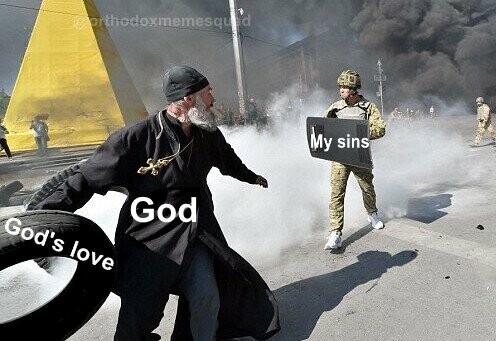 This is going to cost us. Kea and I met with one of my sons. For him to stop being aligned with the spirit of his age, he will have to walk away from his qualifications, for in his profession the subscription model of vaccinations is now mandated, as is the newly reinvented Maori pagan religion.

I’m being retired for similar reasons. And we worry about our family and friends who have been deceived by emotions, because they must see themselves as nice.

We forget that Moses, the prophets, and Christ were not nice.

God forgive us. We have forgotten that from which we have fallen. If Frances Berger is correct, we will face the consequences of our decisions. If he is wrong, we are being left until our sins are like the Amorites, who were scoured from the earth.

For if God did not spare Gomorrah, he won’t spare us.

I’m using two sets of readings: one is a Protestant annual lectionary, and the second is the book of common prayer, both on Bible.com. The texts came from both.