On Christmas Eve we met with friends who like us are driven out of society because it is becoming more evil. Christmas is celebrated here reluctantly, It is not celebrated in other parts of the world, where some will quietly recall this day though the locals worship strange Gods.
But it is good to recall the incarnation of Christ. Adam’s meditation will suffice for an introduction.

I haven’t bought any presents because I don’t have anyone here to give them to. There are no decorations because it’s a little hard to purchase holly in this part of the world, let alone a good section of lopped off pine. No booze either which I have to admit is a tad disappointing. So what is Christmas about when you don’t have Christmas at all?

I suppose that it’s about the birth of Christ. About personal worship. A contemplation of the beginning of our religion all those years ago. Without all of the chintzy distractions you have to burrow down and really think about what it all means. Christmas is important but why is it important? One thing that I have recently realised is how the birth of Christ is so perfect. God, of course, got nothing wrong. There was no room for the newborn Jesus in the inn so He had to be placed in a manger, the dirtiest and lowliest place where He could come into this world. The inn is the stage of man, of gossip and being of this world. In the manger, the newly born Christ is viewed by the ox and the ass, the same animals which the Hebrews used to worship as idols. Everywhere that you look in the story, the symbolism is pure and potent.

I’d like to say that Christmas is about family but this year there are so many families that have been deliberately broken due to the great unraveling as a special gift of government threats and propaganda. When the Christmas message from the geriatric pants pooper is a direct threat against those who won’t get with the program which he fronts then you know that it’s close to Nakatomi Plaza time.

1 Hear this word which the Lord has spoken against you, sons of Israel, against the entire family which He brought up from the land of Egypt:
2 “You only have I chosen among all the families of the earth;
Therefore I will punish you for all your iniquities.”
3 Do two men walk together unless they have made an appointment?
4 Does a lion roar in the forest when he has no prey?
Does a young lion growl from his den unless he has captured something?
5 Does a bird fall into a trap on the ground when there is no bait in it?
Does a trap spring up from the earth when it captures nothing at all?
6 If a trumpet is blown in a city will not the people tremble?
If a calamity occurs in a city has not the Lord done it?
7 Surely the Lord God does nothing
Unless He reveals His secret counsel
To His servants the prophets.
8 A lion has roared! Who will not fear?
The Lord God has spoken! Who can but prophesy?
9 Proclaim on the citadels in Ashdod and on the citadels in the land of Egypt and say, “Assemble yourselves on the mountains of Samaria and see the great tumults within her and the oppressions in her midst. 10 But they do not know how to do what is right,” declares the Lord, “these who hoard up violence and devastation in their citadels.”
11 Therefore, thus says the Lord God,
“An enemy, even one surrounding the land,
Will pull down your strength from you
And your citadels will be looted.”

12 Therefore, I will always be ready to remind you of these things, even though you already know them, and have been established in the truth which is present with you. 13 I consider it right, as long as I am in this earthly dwelling, to stir you up by way of reminder, 14 knowing that the laying aside of my earthly dwelling is imminent, as also our Lord Jesus Christ has made clear to me. 15 And I will also be diligent that at any time after my departure you will be able to call these things to mind.

16 For we did not follow cleverly devised tales when we made known to you the power and coming of our Lord Jesus Christ, but we were eyewitnesses of His majesty. 17 For when He received honor and glory from God the Father, such an utterance as this was made to Him by the Majestic Glory, “This is My beloved Son with whom I am well-pleased”— 18 and we ourselves heard this utterance made from heaven when we were with Him on the holy mountain.

19 So we have the prophetic word made more sure, to which you do well to pay attention as to a lamp shining in a dark place, until the day dawns and the morning star arises in your hearts. 20 But know this first of all, that no prophecy of Scripture is a matter of one’s own interpretation, 21 for no prophecy was ever made by an act of human will, but men moved by the Holy Spirit spoke from God.

12 And Jesus entered the temple and drove out all those who were buying and selling in the temple, and overturned the tables of the money changers and the seats of those who were selling doves. 13 And He *said to them, “It is written, ‘My house shall be called a house of prayer’; but you are making it a robbers’ den.”

14 And the blind and the lame came to Him in the temple, and He healed them. 15 But when the chief priests and the scribes saw the wonderful things that He had done, and the children who were shouting in the temple, “Hosanna to the Son of David,” they became indignant 16 and said to Him, “Do You hear what these children are saying?” And Jesus *said to them, “Yes; have you never read, ‘Out of the mouth of infants and nursing babies You have prepared praise for Yourself’?” 17 And He left them and went out of the city to Bethany, and spent the night there.

18 Now in the morning, when He was returning to the city, He became hungry. 19 Seeing a lone fig tree by the road, He came to it and found nothing on it except leaves only; and He *said to it, “No longer shall there ever be any fruit from you.” And at once the fig tree withered.

20 Seeing this, the disciples were amazed and asked, “How did the fig tree wither all at once?” 21 And Jesus answered and said to them, “Truly I say to you, if you have faith and do not doubt, you will not only do what was done to the fig tree, but even if you say to this mountain, ‘Be taken up and cast into the sea,’ it will happen. 22 And all things you ask in prayer, believing, you will receive.”

Adam is sitting in Arabia, hearing the call to prayer. He notes that being in a place of opposition to Christ makes your faith stronger. Roosh is sitting in the Globohomo capital, Washington DC, and sees nothing but suffering ahead of him.

But what we have is the truth. All prophecy is fulfilled in Christ and in the gospel. There is no way forward but through him. Last night one of my mates said that unless we have a strong connection with God right now we are going to find it hard to stand in this time of deception, when evil thinks it can do a victory march. 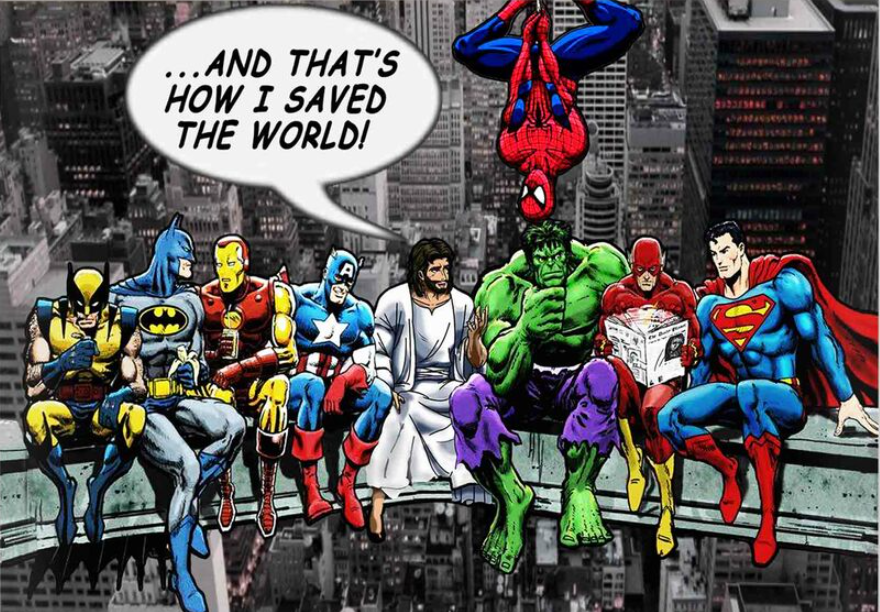 To the secular person, a situation becomes bad when there are more costs than benefits. I relocated to California to hit in rich in Silicon Valley… the state has become a cesspool… technology jobs can be found in Austin… I’m a rootless cosmopolitan… I have no children… I’m tired of smelly homeless encampments… so I will just get up and move, rebuilding my social network with Tinder and other apps. This person will not admit that it’s their godless materialism which is the root cause of societal decline, that they are the problem, so they pack their sins and nihilism into the moving van to defile the new location they end up in. No matter what advice you give them, they will end up doing what they “feel” that allows them to be “happy” and extract the most material benefits from the world.

Then there’s the Christian, but not all Christians are the same. We must ask how much does the Christian trust in God. If he is Christian in name only, and does not have a living faith of self-denial where all his major decisions derive from serving God’s will, and instead practices a comfortable Christianity, he will proceed as the secular man albeit with more hesitancy since he is more likely to have family and be part of a local community. He has kids to consider, and he wants them to be raised in a good environment, and so he decides to move to an area that is better today (but maybe not tomorrow). No one will fault him for this, but if the Christian doesn’t have children, he will likely be similar to the secular man who places comfort above all else. The secular man and childless Christian are on different timelines, but they both end up in the same place because they both have the same desire for living in a “good place.” The problem for both is that in a connected world, the place they’re moving to is still part of the same sickly body, and just because it’s visibly healthy now doesn’t mean that the infection hasn’t already begun underneath the surface.

Moving doesn’t treat the root cause of infection, which is that world society has aggressively turned its back on God. By treating the symptom, you only buy time, perhaps three years, five years, or even ten years if you’re lucky, but then in ten years, you will end up in the exact same situation as before, but perhaps now much weaker in the faith since you chose comfort and a false sense of material safety over God, and where will you now go that the whole world is oozing with pus and rotten to the bone?

We need to, in this time when many churches are shut because of government regulations and others require vaccine passes, that the world has not won. Christ has won.

Our fate is not hopeless, if there is God; and if it is the God who sent Christ, out of Himself, to redeem us. Christmas — the occasion and its meaning — serves as a more powerful refutation of the evil argument. Like love, it goes beyond the rational. We are to fear not, and to replenish the joyful — in defiance of the “Grinch” of scientism and modernity. This can be done by anyone, with Faith (which involves a bit of stomach). We needn’t stay aboard the handcart or motorboat to Hell, there are protocols for getting off. Instruction is soon coming, from Bethlehem.

A Merry Christmas to all my readers.

I hope your Christmas was everything you wanted . . . .

Merry Christmas. Thanks for the posts and inspiration. Looking forward to another year of such.

Merry Christmas, weka, to you and Kea! 🙂