The slipping mantle of heaven.

There is a problem with the current prime minister. She thinks she has succeeded. This shows we have a lousy education system, because she is over ruling the public health physicians. Because she thinks she is kind. She is not. If she was kind, I would be doing tests and going to work, regardless of vaccine status.

Approximately three years ago New Zealand’s smiley-faced Fascist Prime Minister Jacinda Ardern, replaced Angela Merkel as the female messiah to the global progressive movement. Everything about Arden, including her worldviews on politics, is carefully controlled and scripted for public display {Go Deep}.

Prime Minister Arden rose to international prominence on her virtue signaling around climate change. The evolution of her leftist credentials continued with COVID-19 ideology including her positions on virus mitigation, insane lockdowns, geographic bubble dictates and her over-the-top vaccine mandate push.

Today the New Zealand Prime Minister appears on camera to say there will never be an endpoint to the objectives around SARS-CoV-2, including the need for an endless series of booster jabs that will require government enforcement.

Things are starting to go pear shaped for the vaccine people. The number of side effects that the vaccines have are increased: this data was not published but has been released under freedom of information laws in the USA. 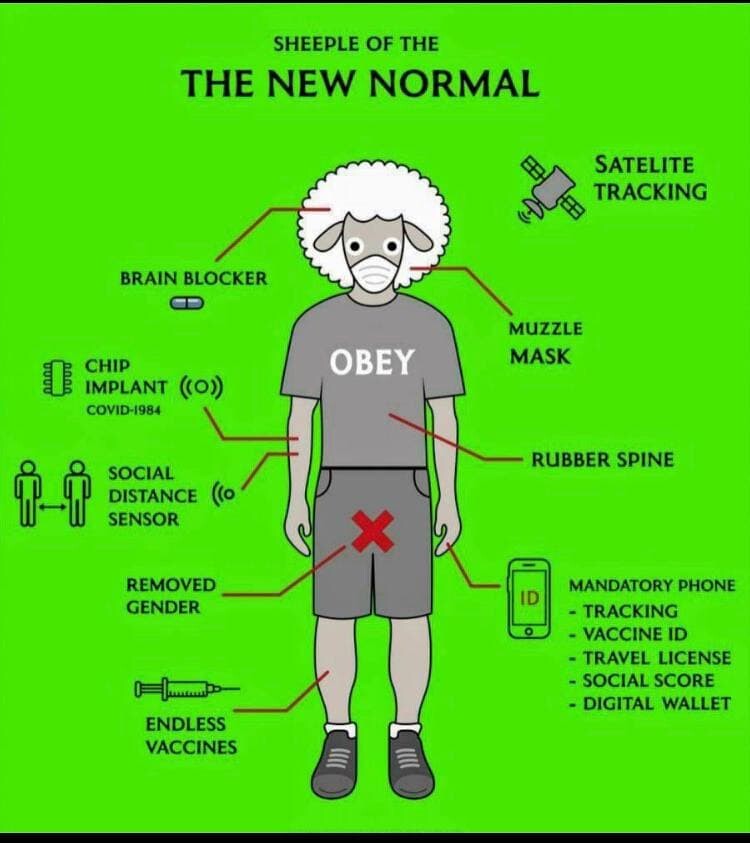 If she was smart, she would look at the recent diclosures from the vaccine manufacturers and stop what she is doing. First rule is don’t hug a corpse. Second rule is if you are in a hole, stop digging. Third rule is explaining is losing.

Up until now, New Zealand GPs and hospitals have been provided with a fact sheet from Pfizer listing 21 possible adverse events as a result of vaccination. All of these are minor, requiring little or no treatment other than rest, with the exception of severe allergic reactions, myocarditis and pericarditis (inflammation of the heart). As a result, most of the many thousands of New Zealanders reporting adverse effects post vaccination have been sent home with little more than advice to take an aspirin and rest. Some have been told that their conditions may be unrelated medical events, psychosomatic, or due to anxiety on their part.

Relying on the short official Pfizer fact sheet as a guide, Medsafe, our NZ medicines regulatory body, has only accepted one out of the 100+ deaths actually reported to them as related to vaccination. Most are listed as unrelated, under investigation, or unknowable. By contrast, the NZ Health Forum and other groups have collected unofficial reports of adverse effects and death proximate to vaccination. Out of 670+ reports of death compiled by the Forum, 270 have already been investigated by medical professionals and closely linked to known adverse effects.

Following the publication of the new Pfizer document many more are expected to be connected with vaccination. Reports describe symptoms such as chest pain, brain fog, extreme fatigue, neurological symptoms, tachycardia, stroke, heart attacks, and many more. Collected data suggests that as many as two-thirds of adverse event enquiries made to medical staff by vaccine recipients have not been reported to CARM—the NZ system of adverse event reporting. Medsafe itself estimates in its Guide to Adverse Reaction Reporting that in NZ only 5% of adverse events are reported. As a result the NZ public is completely unaware of the extent of reported possible risks of vaccination.

What is happening, instead, is that people are walking away. They have had the current programme. I feel for my children who had to get vaxx passed to keep their jobs, and are now on that treadmill. 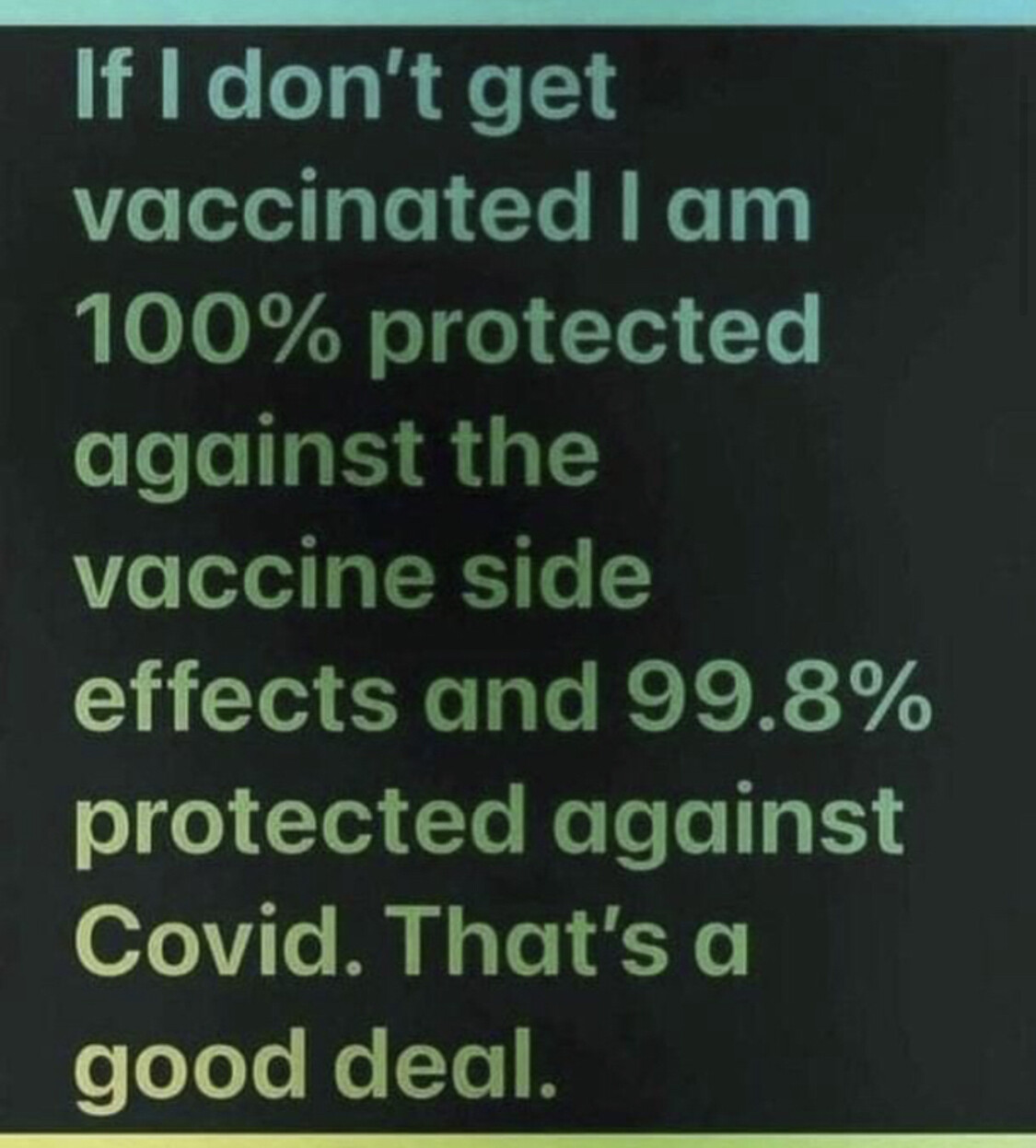 The medical organizations are in disarray:

“Our practice surveyed our 525 employees. 486 responded and 45% stated they were not vaccinated and would rather be fired than be jabbed. This caused a collective coronary among the physician leadership, especially among the hospital-based physicians.”

That’s almost certainly a 53% majority that is not vaccinated IN A MEDICAL PRACTICE. What do they know that the general population does not?

The resentment to the Ardern is increasing. She is starting to tell us that we can have our lives back — coffee, cake, movies, concerts. She does not understand that the pain of the lockdowns and loss of freedom is not dealt with by that. She’s lost her fangirls. She can’t read the room. She’s going Marie Antionette.

Unless she changes tack quickly, this will end really badly.

it is historical fact: women, in performing tasks bestowed by powerful men, are the most blood thirsty purveyors of mayhem. They can step over bodies getting into bed for a night’s rest, to get up and do the same thing next day. So far, we in the US have kept Ka(r)mala in her holding pen.

OK. Three years old, means you can run modern user interfaces. You will want the 64 bit versions — they work with AMD and intel chips. The options I would consider are:

1. KDE/Plasma (it is the same thing). This is what I use. It is fairly easy to transition to this as it is “windows like” and it has most things you need.
2. Gnome. This is the default for Ubuntu and Fedora, the two most popular distros (A distro bundles the OS and essential software). I don’t think that way.
3. xfce. This is more lightweight, and would be my second recommendation.

I’ve played with i3 (tiling manager) because I can, but only put that on if you are keyboard centric and want to spend a few weeks learning it. There are multiple user interfaces available.

Now, for a newbie, the ubuntu based distros are easier because everything is basically there.

If your hardware is older, and weird, try MX Linux. It is stable, and comes with both xfce and kde/plasma versions. There is also a version which is designed for newer hardware.

For KDE I would use Neon. When my work machine is returned to them, I will probably get a refurbished Lenovo, and install Neon. It is ubuntu based and up to date.

For xfce I would use xbuntu, which is a ubuntu mix.

If you want more fun, another option is manjaro. This is less user friendly and more powerful. It is what I use on my desktop, There are versions you can download with both user interfaces.

Both will allow you to install what you need. I generally install:

I don’t play games. If you do, steam will play nicely with all of these options.

Off topic but just picked up an old laptop from work (tech director let me have it because it was retired from my classroom about three years ago and no longer used). I’m going to set up a Linux box, just to play around. I’ve been reading your tech posts and will be going back but a lot of it is mumbo jumbo to me as you talk about all the different things you’ve tried and used. Can you recommend a basic “Use this version” of Linux to get started and a basic “Use this program” to make the Linux box useful and navigable? I noticed “Neon” the other day which seems to be a GUI overlay (ignore my improper use of terminology please).

I may have asked you this a couple years ago but now I actually have a computer to put it on and honestly have no recollection of whether I really asked or what the answer may have been.

Thanks. And no rush, just when you might have some time. Or maybe even a post recommending a basic package for people thinking about the topic. 😀

“Unless she changes tack quickly, this will end really badly.”

Yes, but for Satan bad = good.

So why would she change tack?