Why I hate being right.

Adam has written an important post that looked at my warning to the elite two days ago. I think the correct way to deal with public figures is to discuss privately. I have emailed the relevant people. But then you can warn publically and ask for repentence.

And if the rulers don’t repent, then you are in position where there will consequences. For yourself, and for your nation. Adam said that this should happen for we need a purge.

When I read this to Kea, she agreed. 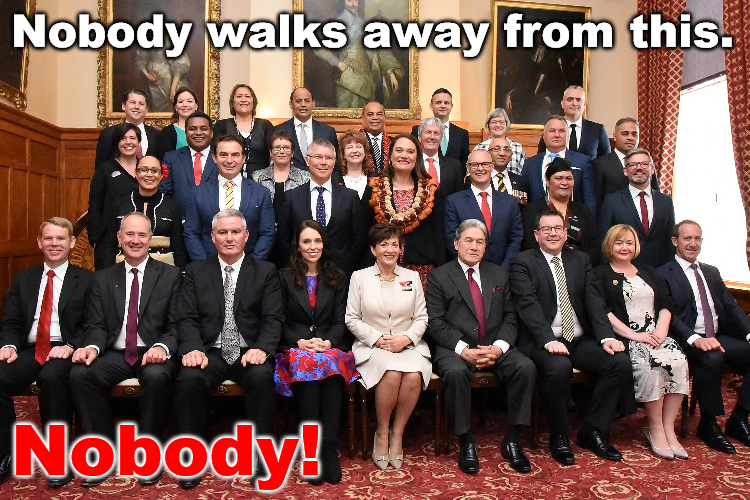 I completely disagree with his exhortation for Adhern and her ilk to change tack. I am of the most strident conviction that they should continue to double down until it does indeed end very badly indeed. For them.

Our present rulers have come of political age in a period of lies and falsehoods unparalleled in modern history. In order to succeed and prosper in such an age you must be of the devil. For these evil mongers to turn back now would only leave them in power, still convinced of the righteousness of their acts and still determined to ‘change the world’ to fit their putrid ideology of woke.

Why would we want them to do that? Why would we want to prolong our pain? They and their ilk need to be made to understand that their actions and their ideologies are anathema to us. It is important to understand that their ilk is not restricted to those who would want to emulate them; it is also those who have aided and abetted them, or even directed them in some way.

The corporations that have profited from these evil times and who have relentlessly lobbied and influenced their puppets in government to aid their projects at our expense.

The vastly inflated and overreaching bureaucracy in all its forms, which has shown no compunction at imposing draconian and illegal regulations on the citizenry at the behest of its masters.

The religious institutions that have thrown in their lot with the devil and have firmly shown by their collective actions that they are very much of this world.

The grossly rich individuals, James Bond villains in caricature, who use their obscene wealth to amuse themselves at our expense, to direct grand schemes that they concoct from either made lust for more power and wealth, sheer boredom, or a combination of the two.

I do not want them to change tack; that would save them. On the contrary, they are my enemies so I want them destroyed. And the very best way is for them to destroy themselves by their own actions. Let them reach a point where the populace can stomach no more. Let them be summarily tried and publicly executed. Let their remains rot in public view until blown away as ashes in the wind. And as such, let their fate be a severe warning to all petty despots and tyrants everywhere; that actions do have consequences; that with power does indeed come responsibility; that there are limits to what a people will endure. 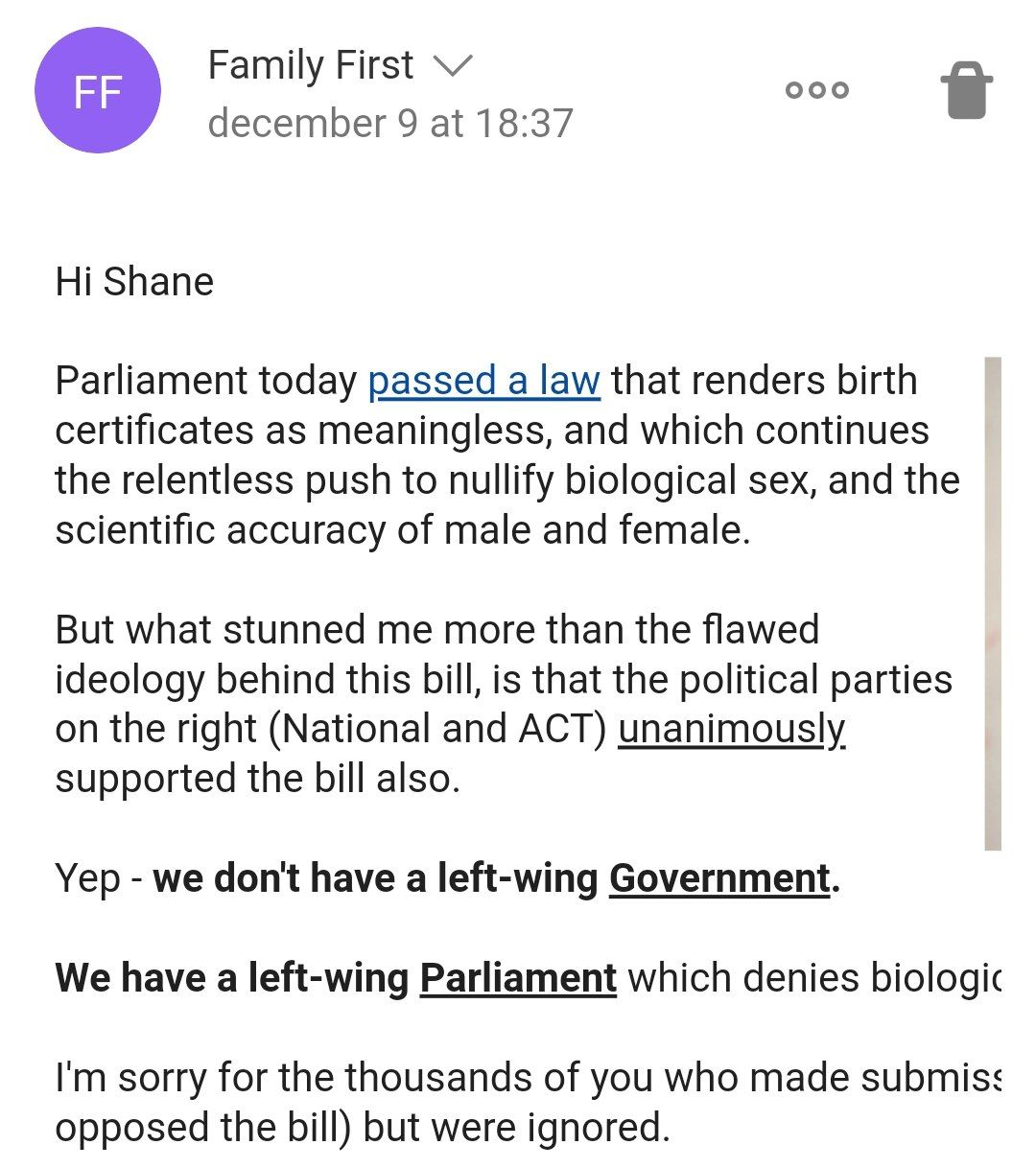 I agree with Adam that the government will double down. They are already. The use of cigarettes is now banned for anyone aged 14 or under for the life of these young people. The Associate Minister of Health, Verrell, who shoved the worlds most liberal abortion laws through, is a public health physician who has become a progressive politician: something that is probably more honest. We now know she lies for a living. They are becoming anti christian.

The irony is that the vaccine is not that effective and not that safe. There are many people, including me, who have had to choose between their jobs and the jab is increasing. The resentment of those who did take the jab so they could keep their job and now are facing boosters is increasing. The nation is turning, and there will be payback.

Have you seen the document dump on the Pfizer vaccine data? It’s a bombshell. No wonder the FDA fought to keep it hidden for 55 years.

Here is the quick takeaway: By February of 2021, Pfizer had already received more than 1,200 reports of death allegedly caused by the vaccine and tens of thousands of reported adverse events, including 23 cases of spontaneous abortions out of 270 pregnancies and more than 2,000 reports of cardiac disorders.

Bear in mind; this is Pfizer’s own data.

These are screenshots of the full document.

This. is. going. to. end. very. badly. The current elite are going to fall. The conflict is on the horizon. It has reached the point where many in NZ see that continent of a jail, Australia, as more free.

So we being determined to escape a life of racism and Marxism in the former New Zealand, managed to get seats on a charter flight from the city formerly known as Christchurch, to a city still known as Brisbane. Little did we realise until we got to the now known Otautahi airport that virtually every single other person on board was leaving for the same reason. Taking with them their much-needed skills and capital.

So, Hobsons Choice good on you for trying to stop the racial division and conversion to communism of what was once New Zealand, but because my birth certificate and passport say Christchurch New Zealand I clearly don’t have a nation or place of birth anymore. They’ve been stolen from me by a racist and Marxist government chosen by the people. That’s democracy. You see, you can’t blame the messengers. The elected government. The Ardern’s and the Robertsons. They just got 1 vote like everyone else. You’ve got to blame the people who put them there. The voters. The ones with the message that they want Ardern, Robertson and their racist, Marxist, green radicals to enact into law. You see these people are the law makers. They only act on BEHALF of those with the message that put them there. Yes, the majority of the population. That’s democracy.

So who is it we’ve left behind in that nation we used to be a part of? The ‘messengers’. The ones who now have their racial divide. The communist society. The bludgers who expect more out of life than they put into it. The NON producers to society. Every human being in what was NZ is an immigrant or whose ancestors were immigrants. There are NO ‘natives’ of the land mass previously known as New Zealand. Whether their family came there 1 generation ago or 20 generations ago they’re all immigrants. But here’s where I differ. I believe in equality. I believe all people are equal regardless of skin colour or where they or their ancestors were born.

So I haven’t left my nation. My nation has left me. At the last election about 2/3rds of the nation left me. With their bizarre racist and political message of greed that they sent to Ardern and her Marxist associates. They sent a message of change for her to deliver. So let’s get real about this. What’s happened to the nation previously known as New Zealand is not Ardern’s message. She, with her 1 vote is only the messenger. Her I can live with (not literally of course – she’s not my type) but I can’t live in a nation where 2 out of every 3 people I see every day, everywhere I go, want this sick culture. The greedy, the selfish, the racist, the bigots, the sexists. Who the hell wants a life surrounded by people with that message? Not me. I’m not one of them.

The alternative is a civil war. But if we are forced into this, we will have to not shrink back. We will need to win, even if that means the capital glows in the dark. We will have to hunt down all the collaborators, snitches, functionaries and armed forces that supported Ardern and offer them Pinochet’s options.

The government will not turn back. It is time we turned our backs on them. Walk away. We will not be able to comply our way out of this.

The reason I pray that the government repent, though they reject God, is that Adam is far too optimistic.