I am now getting a fair amount of news via telegram. Most of the dissident epidemiologists and virologists have been kicked off Twitter and the main platforms, but the promoters of the narrative are the ones who are crying.

Two of the nation’s most well-known Covid-19 experts have filed complaints against the University of Auckland, arguing that their employer hasn’t taken enough steps to protect them against "a small but venomous sector of the public" that has become increasingly "unhinged".

Professors Shaun Hendy and Siouxsie Wiles have already scored a preliminary victory in the employment stoush. The Employment Relations Authority has agreed that a review of their concerns should be expedited – skipping the authority’s sometimes lengthy investigative process and instead going directly to the Employment Court, despite objections from the university.

The same ruling also orders the University of Auckland to pay the professors’ legal fees to date.

"The Authority is concerned about the uncontested evidence that the harassment is escalating and is expected to continue to do so," authority member Rachel Larmer wrote in a decision issued on Christmas Eve. "The issues associated with the vaccination of children aged 5-11 years of age is already a topic that has stirred up increased vitriol towards the applicants."

Hendy, whose data-modelling expertise has been credited with having influenced the nation’s Covid-19 response, and microbiologist Wiles, a science communicator who was named the 2021 New Zealander of the Year in part for helping to "make the science of the pandemic clear and understandable", first filed complaints in July. 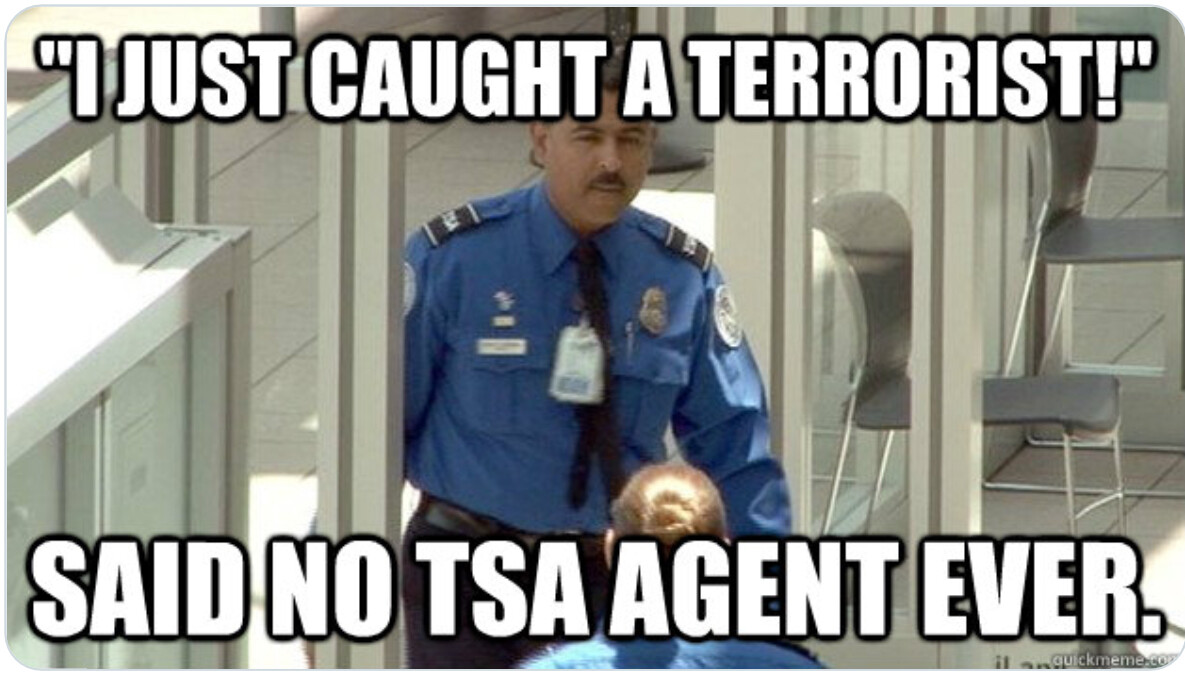 "We are seeing, right now, the highest death rates we have seen in the history of this business– not just at OneAmerica," said Scott Davison, head of the $100 billion insurance company that’s been in operation since 1877 and has approximately 2,400 employees.

The increase represents "huge, huge numbers," among "primarily working-age people" who have employer-sponsored group life plans through OneAmerica, according to The Center Square.

"And what we saw just in third quarter, we’re seeing it continue into fourth quarter, is that death rates are up 40% over what they were pre-pandemic," Davison said during an online news conference last week. "Just to give you an idea of how bad that is, a three-sigma or a one-in-200-year catastrophe would be 10% increase over pre-pandemic."

According to Davison, the majority of deaths being filed are not classified as due to Covid-19.

"What the data is showing to us is that the deaths that are being reported as COVID deaths greatly understate the actual death losses among working-age people from the pandemic. It may not all be COVID on their death certificate, but deaths are up just huge, huge numbers," he said, adding that the company has seen an "uptick" in disability claims – at first short-term, and now long-term.

"For OneAmerica, we expect the costs of this are going to be well over $100 million, and this is our smallest business. So it’s having a huge impact on that," he said, adding that the costs will be passed on to employers purchasing the group life insurance policies. 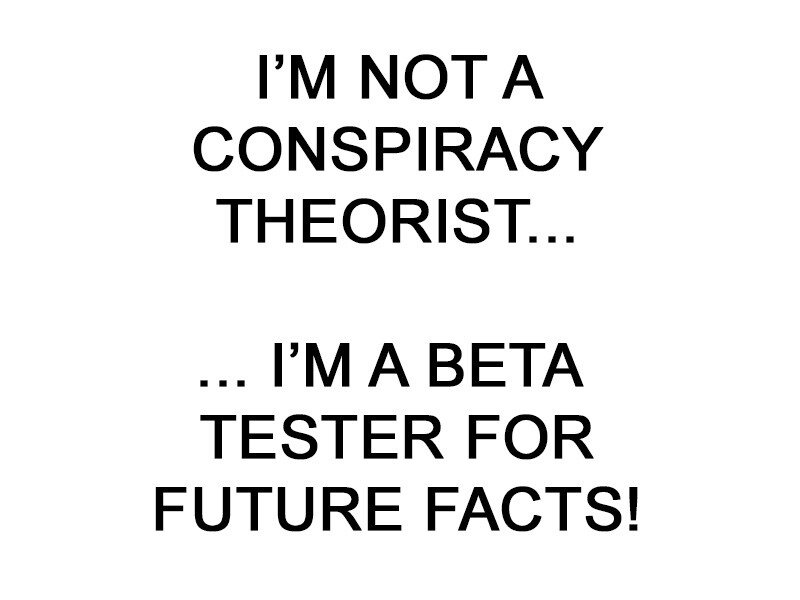 You have to remember that Malone is far more erudite and credible than Wiles and Hendy. The now infamous three hour interview has been transcribed, and this is how Malone described himself. I’ve done a little bit of editing.

So, that’s kind of my origin story that it relates to this virus and vaccine and this but since then went on finished my MD did two fellowships at uc davis top pathology for years set up a gene therapy lab had many other discoveries came out to the east coast created the technology platform that is now the basis ofthe company called Inovio. We actually originally founded Inovio in the United States this is uh pulsed electrical fields they have one of the DNA vaccines for Covid then the planes hit the towers the investors pulled back and I went to work for a company called dynport [a] vaccine company that had the prime systems contract as government speak for all the biodefense products for the department of defense for advanced development which is to say clinical trials through licensure and that’s my kind of transition from being an academic to focusing on actually making things that work in people and the big epiphany there was that the world is full of these academic thought leaders that publish in big journals and stuff but that doesn’t really lead to products and I really wanted to make products that would help people and so since then for the last I guess about 20 years I’ve been focused on actually doing stuff regulatory affairs, clinical development, getting necessary training, etc. completed a fellowship at harvard university medical school in uh global as a global clinical scholar to round out my CV and I’ve uh run you know over 100 clinical trials mostly in the vaccinespace but also in drug repurposing I’ve been involved in every major outbreak since aids this is kind of what I do um I’ve won literally billions of dollars in federal grants and contracts I’m often brought in by NIH to serve as a study section chair for awarding you know 80 to 120 million dollar contracts in vaccines and biodefense I’ve spent countless hours at the CDC at the AC ACIP meetings um I have multiple friends at the CDC I work closely with defense threat reduction agency which is a and it’s one of my favorite uh clients partners teaming partners and I work with the chem biodefense group there’s other branches um including the other this is not the branch that funded the wuhan labs that’s another branch of DTRA um I’ve got many friends in the intelligence community so I’m I’m kind of a pretty deep insider in terms of the government I know Tony Fauci personally I’ve dealt with him my whole career and then and then we had this particular outbreak and um I was uh tip of the spear on bringing the ebola vaccine forward that we now call the Merck ebola vaccine I’m the one that got Merck involved.

That is one deep state researcher CV. Given that it takes 2 to 4 years to generate , perform and publish one clinical trial, Malone has been running big teams bringing in big money. Until he crunched the numbers on the COVID mRNA vaccines, looked at the ethics, and said this ain’t good. He’s now banned from twitter, depersoned, and has been cast out, being labelled an antivaxxer.

Looking at the last couple of years, it appears that those who support the narrative are becoming much more fragile, and complaining to the authorities, asking for protection. One wonders why. The people they have protested about and got rid of are not doing that. Instead they are either speaking out or getting on with life.

The good news is that there is more resistance than the press will admit to. NZ is supposed to be over 90% vaccinated, and the only people who can do rapid antigen tests are those without a current vaccination certificate. The rumours on BFD note that the only people who can do these — chemists — are snowed under. This does not compute. In the USA, the campaign to vaccinate the kids is starting to run out of steam.

Los Angeles Unified Schools were planning to implement an extreme vaccine mandate for students but had to cancel it when 30,000 kids were not in compliance.

In September, the school board for the second-largest school district in the United States voted to mandate that students 12 and older be vaccinated by Jan. 10.

The district has now pushed their mandate back until the Fall because many did not comply.

“Los Angeles had planned to shift students who remained unvaccinated by Jan. 10 into its online school, City of Angels. Many worried about its ability to accommodate tens of thousands of new students at the start of the next semester and the disruption it would cause for staff and children,” USA Today reported.

Politico reports, “other U.S. districts in blue states are scaling back previous student mandate ideas, too. School leaders in Portland, Ore., tabled discussion this fall amid vigorous pushback, while New York and Chicago have taken a wait-and-see approach. Not only are they wary of mandate critics, but they also question whether they should impose a requirement before the Food and Drug Administration fully approves vaccines for their students — a threshold Los Angeles Unified didn’t wait for.”

Gateway Pundit, via Spacebunny on Gab.

The US Supreme Court will entertain arguments this Friday, January 7, to enjoin against “Joe Biden’s” mandates to coerce “vaccination” in companies that employ more than a hundred people and a separate mandate forcing vaxxes on staff at Medicare / Medicaid certified “providers” (meaning most hospitals and doctors’ offices). There’s a pretty good chance the court will decide against the mandates. They’re expected to rule Monday, January 10, the day that the mandates are supposed to take effect.

The government’s actions around the Covid-19 event look more and more to be deliberately and maliciously intended to harm lives and cause social and economic breakdown. In the last weeks of 2021, federal public health officers even blocked shipments of monoclonal antibodies around the country, despite their proven efficacy. The CDC scheduled the use of PCR tests for Covid-19 to end on December 31, after declaring them unreliable in August. Why the five-month lag? (To keep case numbers jacked up, that’s why.)

The country is heading into an agonizing reality-test at a scale and speed never seen before in world history. You can already assume that government has lost control of the Covid-19 story. The Omicron scare is failing miserably. Lots of cases, few deaths, mild symptoms. Government’s credibility is shot. In the months ahead, we’ll learn just how harmful those “vaccines” were — especially among American children — as deaths mount from damage done to people’s organs and immune systems.

The perfidious news media is scrambling now to adjust its narratives, but they won’t escape the record of falsehood they’ve sedulously laid down. They can’t delete or rewrite every story in their archives, and many of these are printed out in hard-copy anyhow. Next, they’ll try apologizing. (“Sorry, but the pandemic drove us a little nuts.”) That’s hardly enough. They have to answer in courts of law — or else we must just declare the USA a lawless state.

Best of luck with that. In NZ, this was taken to the Supreme Court who said health emergency trumps rights, shut up and take the vaccine or lose you jobs, you ungrateful health care workers and customs people who worked through the nasty variants of COVID unprotected. There is no law.

There is only Zul, and Zul lies.

Do not be them. Do not be like them.

Ending PCR tests will be interesting since in this country there seems to be little alternative. Also, to cross the border into Canada you have to have a molecular test. What happens when the CDC says “Stop using them because they aren’t accurate” but there isn’t anything to replace them. I wonder how much that reality has to do with their timeline.